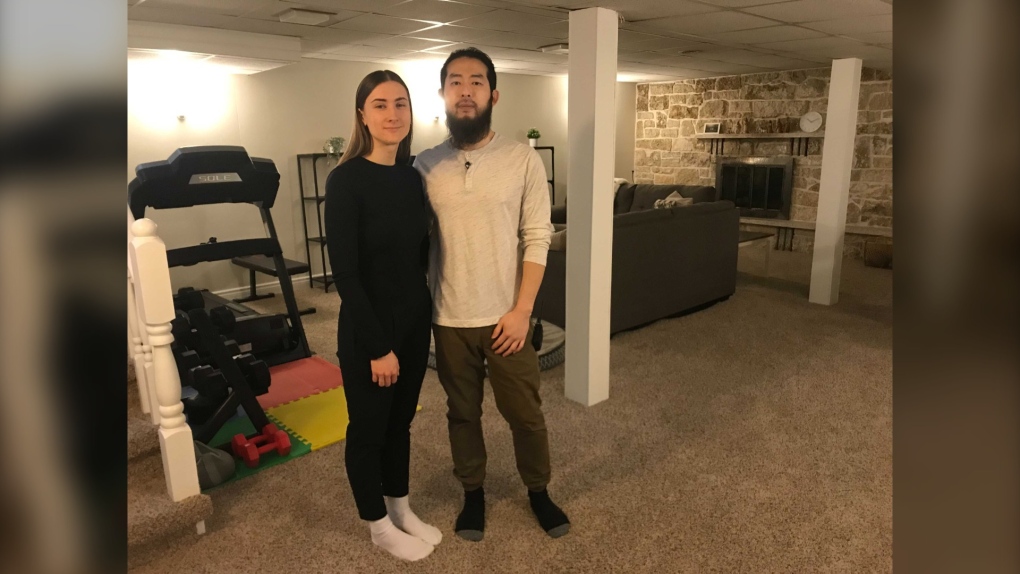 A Winnipeg couple who themselves immigrated to Canada are now preparing to help their displaced family members fleeing war in Ukraine.

Valerie Alipova, pastor of Bethel Mennonite Church who came to Canada from Ukraine in 2015, and her partner Jim Cheng, who immigrated to Canada from Taiwan, make room in their Charleswood home for Alipova’s sister and her two children who are currently staying in the Czech Republic after leaving Ukraine two days after the outbreak of war.

“I think they are tired,” Alipova said. “It’s exhausting not being home. Not being with your family and just being in a stranger’s house. We look forward to them being here and possibly resting for the first time in three weeks.

Alipova’s sister Alina, 30, and her children Tima, nine, and Mia, four, are among nearly three million people in Ukraine who have fled since the Russian invasion on February 24.

Oleg, Alina’s husband and Tima and Mia’s father, owns a small business and remains in Ukraine, where he drove people fleeing the fighting to the border.

Men between the ages of 18 and 60 are not allowed to leave the country.

Cheng said this part was particularly difficult for Mia.

“Mia was looking out the window of the house where they lived and when she saw a car, she was pointing at the car and saying ‘daddy, daddy’ in Ukrainian but it’s not daddy,” Cheng said. “Dad is back in Ukraine. Dad stays in Ukraine and helps other internally displaced families.

The family traveled to three different border crossings before Alina and the children could leave the country.

They encountered long queues at the Polish border and crowded trains at the Slovakian border before eventually heading to the Czech Republic via Hungary while Oleg stayed behind.

“They found two foreigners, two elderly women, and asked them if Alina and the children could get in the car to cross the border safely,” Cheng said. “And the two women – complete strangers – greeted them.”

The two women drove Alina and the children to meet an acquaintance of Oleg who took them to Prague, where they await the arrival of their passports from the Canadian Embassy in Austria.

Cheng said Immigration, Refugees and Citizenship Canada approved a temporary Canadian visa for Alina and her children on March 10.

“We are so grateful for our community,” Cheng said. “They supported us financially, supported us emotionally. We raised money from our church community, our Mennonite community to cover airfare and we also received donations of beds, winter clothes and other essentials because when they fled their home, they left with two small backpacks.

“We hope to have them at our house in a week or two.”

The couple received monetary donations through an online fundraiser. They also plan to send money to Ukraine to support the mother of Valerie, a middle school principal in eastern Ukraine who stayed in her community to volunteer at a bomb shelter under the school.

Cheng and Alipova also hope to support Valerie’s sister, who is six months pregnant and had to move from her home to a small village where they say medical supplies and health care are not easily accessible.

Alina’s husband, Oleg, also handed over the family’s apartment to three displaced families whose homes were destroyed and he now lives with his mother.