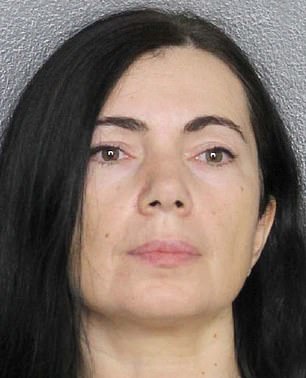 Three members of a Ukrainian family have been charged with hate crimes after brutally beating a gay man and blinding him.

Inna Makarenko, 44, Yevhen Makarenko, 43, and Oleh Makarenko, 21, have each been charged with attempted first-degree murder, assault during a home burglary and kidnapping, according to Broward State’s Attorney’s Office.

All of their charges were filed for hate crimes and they face a life sentence on each count.

The couple’s other son, Vladylav Makarenko, 25, was arrested in Alabama and extradited to Broward County Jail on Monday, prosecutors said. He was also charged with attempted first-degree murder, assault during a home burglary and kidnapping, but the charges were not cleared as a hate crime.

The three family members broke into a Pompano Beach home on August 6 and beat a 31-year-old gay man so badly that he was permanently blinded and suffered other serious injuries, prosecutors said.

Scroll down for video 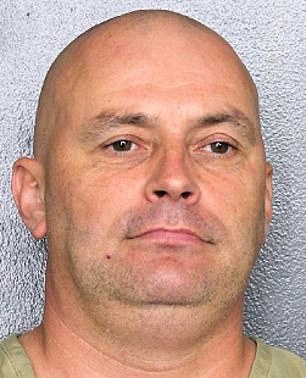 Inna Makarenko, 44 ​​(left) and Yevhen Makarenko, 43 (right) were arrested alongside their two sons on March 10 after they allegedly broke into a house and brutally beat a gay man because of his sexuality, leaving him blind. 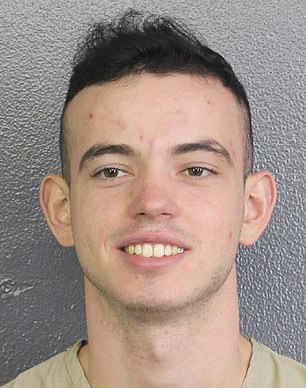 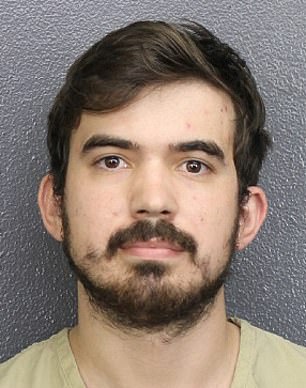 Oleh, 21 (left), has been charged with attempted first degree murder, assault in a home burglary and kidnapping as a hate crime. His brother, Vladylav, 25, (right) was hit with the same charges, but not as a hate crime 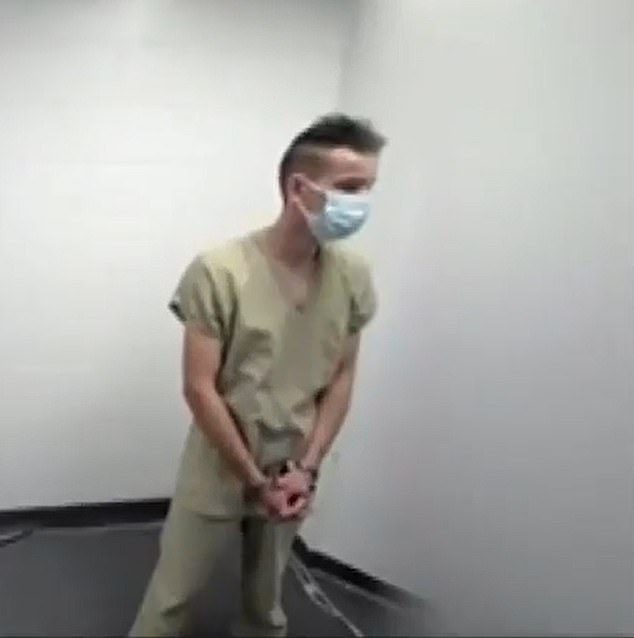 The family were recently pictured in virtual court. Family friends say the family immigrated from Ukraine six years ago to Pompano Beach and have no criminal history (pictured: Oleh standing in a room at Broward County Jail)

“They secretly, forcibly or by threat abducted or imprisoned the victim against his will…to terrorize him,” court documents say.

Arrest documents say they nearly killed the man after they ‘hit the victim repeatedly’ with their hands, feet and an ‘unknown object’, leaving him with ‘serious’ injuries.

Authorities have withheld many details of the attack to protect the privacy of the victim, who chose not to be identified under Marsy’s Law, which allows crime victims to not not reveal their identity. Prosecutors, however, confirmed that the Makarenkos knew the victim before the attack and specifically targeted him because he is gay.

Prosecutors also said Oleh drove the vehicle and helped them enter the residence.

“He witnessed the incident [and] made no attempt to intervene for a period of 14 hours after the incident, made no call to 911 for the victim to receive medical assistance,’ prosecutors said Tuesday, according to WSVN.

They are all being held without bail at the Broward County Jail after being arrested March 10 after being found at a family friend’s house in Pompano Beach.

Outside the house, there was reportedly a QR code taped to the mailbox that read “help wrongfully imprisoned Ukrainian refugees,” according to CBS Miami.

The QR code reportedly led to an online petition which read: ‘The three family members arrested – mother, father and son are charged with serious crimes with multiple charges against them!’ These could result in a life sentence in the United States or (if possible) deportation to Ukraine – where an atrocious war is currently unfolding.

The petition – prepared by family friends Christina and Vitalii – claimed that two older brothers and a younger sister were still at home and had been “left behind”. 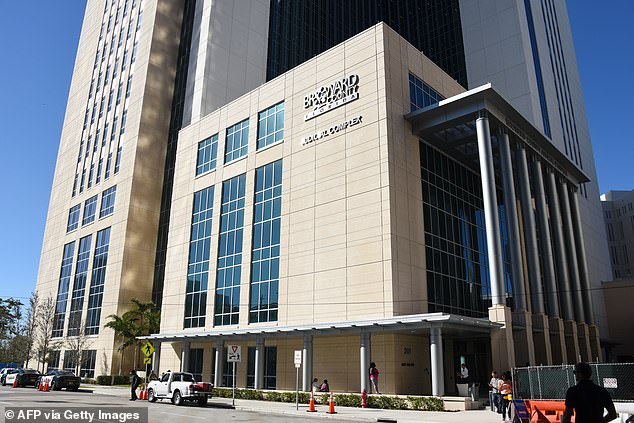 “The news was extremely unexpected and shocked us all! They came out of nowhere and have no basis! The family is shocked and does not understand what is happening and where these accusations come from. The accusations are completely false and must be rejected and ultimately rejected! the petition read.

“We know the family are innocent, but we need to raise our voices to have this case dismissed entirely.

Defense attorneys for the three charged did not immediately respond to emails seeking comment from The Associated Press.

Christina and Vitalii said the family immigrated to the country six years ago and have since established two businesses – called MakSky Design LLC and MakSky Doors – in Pompano Beach. They would still have family living in Ukraine.

They also claim that the family has no criminal history.