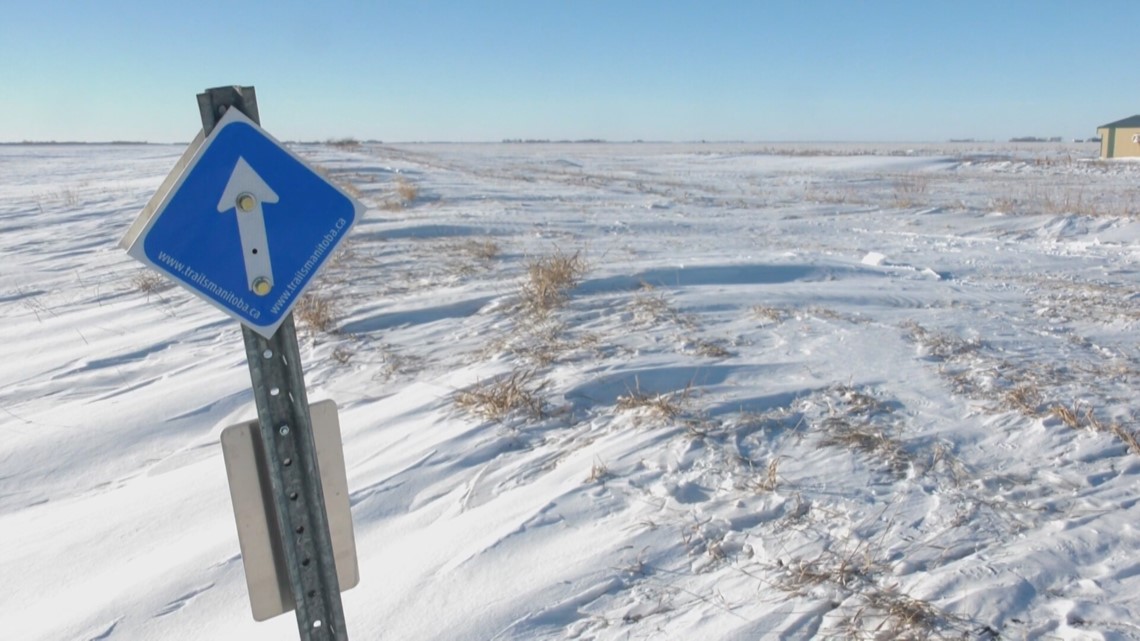 ST PAUL, Minnesota — Dr. Miguel Fiol hasn’t slept well for the past five nights since hearing about the family of four who froze to death last week at the Canada-US border.

“The word I use is ‘outraged’. I am outraged by these deaths,” the University of Minnesota neurologist and immigrant advocate said. “It shouldn’t have happened. That’s the word. Unworthy.”

Along with a group of volunteers, Fiol has made several humanitarian trips to the southern border in recent years, often providing medical care to some of the world’s most vulnerable populations.

Based on that experience, he immediately recognized what may have happened to those four family members in Manitoba, a tragedy that emerged in clearer detail after the U.S. Attorney in Minnesota charged 47-year-old Steve Shand. , human trafficking. The case shed light on the dangerous problem of smuggling across the border and captured international media attention, prompting Canadian Prime Minister Justin Trudeau to promise action while calling the deaths “absolutely mind-boggling”.

According to a criminal complaint, investigators believe the four family members may have been separated from a larger group of Indian natives, all working with Steve Shand to cross into the United States in northwestern Minnesota. Special Agent John Stanley wrote that “most had limited or no English speaking ability” and appeared to be from Gujarat, a state in western India. One of the migrants told investigators that he “paid a large sum to enter Canada from India on a fraudulently obtained student visa”, with the aim of crossing to the United States to find an uncle in Chicago.

Dr. Miguel Fiol, a U of M neurologist and immigrant advocate, says he hasn’t been able to sleep since hearing about the four people who died crossing the Canada-US border. A man has been charged with human trafficking.

“We have to get excited as people, as human beings.” @KARE11 pic.twitter.com/LsvAbqJB1Y

The situation reminds Fiol of the predatory smugglers who bring people to the United States through the southern border with Mexico.

“I work with a lot of Latino immigrants, undocumented immigrants, and the stories I hear all the time are terrible. As terrible as this family’s story,” Fiol said. I heard someone in Guatemala say it cost $25,000 They charge an awful amount of money and then the [immigrants] are not equipped for the difficulties of the smugglers’ trail.

Just this weekend, in another example of these dangers, the US Coast Guard launched a search effort in the Atlantic Ocean after a boat capsized off the coast of Florida in severe weather, in a case the agency described as “an alleged human trafficking enterprise.” ”

There are no exact data on human smuggling, but federal statistics show that there is far more border activity in the South than in the North. In fiscal year 2021, the government reported more than 1.7 million “encounters” on the southwestern land border, compared to just 27,000 on the northern land border.

Although attempted human smuggling is less common in parts of northern Minnesota or North Dakota, it can still pose incredible risks to immigrants due to freezing temperatures. Last week the wind chill hovered around minus 40 degrees.

“You’ve got the smugglers who are really only interested in one thing: And that’s exploiting them for their money,” said Jamie Holt, acting special agent for homeland security investigations at St. Paul. . “The conditions in which these individuals were trying to cross the border were very, very harsh. Very cold, whiteout, the wind was blowing. And they are dropped off in a foreign country and told to walk in a specific direction with no real direction. It’s really intimidating and very, very difficult.

Holt said human smuggling suspects sometimes use the internet to recruit, but often connect with migrants by word of mouth, especially in more remote parts of the world.

It’s unclear from the criminal complaint how Shand became related to these West Indian natives, but investigators said they believe he was involved in a “smuggling operation.” ‘most important human beings’. Shand appeared in federal court on Monday, but no further court date has been set and he was ordered released without bond. He will be released with restrictions “when transportation is coordinated,” according to a federal court spokesperson. Shand declined to speak to investigators, according to the criminal complaint.

Shand, a naturalized US citizen originally from Jamaica, currently resides in Florida. Court documents say he picked up at least two of the West Indian immigrants in a van he rented in Minneapolis-St. Paul International Airport.

Although Holt wouldn’t comment on the specifics of that investigation, she said human trafficking suspects often lure vulnerable populations with false promises.

“They’ll tell them it’s pretty easy to cross the border, and in reality, it’s not,” Holt said. “There are a lot of elements and things that can happen to these people along the way that can compromise their safety and, unfortunately, in this case, their lives.”

Some of the surviving Indian natives, for example, said they had been wandering for more than 11 hours in the cold, before border officials came to pick them up after Shand was arrested. A U.S. Customs and Border Protection spokesperson said they were all “processed for deportation and/or placed in deportation proceedings pursuant to immigration and nationality law” .

Law enforcement has yet to identify the four family members who were found dead in rural Manitoba, yards from the US border in a remote, snowy field.

However, the case has shaken the Gujarati community in Winnipeg, and Indian officials have pledged to help.

“This is a grave tragedy,” Ajay Bisaria, India’s High Commissioner to Canada, said on Twitter. “An Indian consular team is traveling today from [the Toronto consulate] in Manitoba to coordinate and assist. We will work with Canadian authorities to investigate these disturbing acts.

It is a serious tragedy. An Indian consular team is traveling today from @IndiainToronto in Manitoba to coordinate and assist. We will work with Canadian authorities to investigate these troubling events. @HCI_Ottawa https://t.co/qGM2ZTlPsx

At the University of Minnesota, Dr. Fiol said he is planning a forum soon to talk about human trafficking and the damage these crimes inflict on people seeking a better life.

“I think we have to get excited as people, as human beings, putting ourselves in their shoes. They are fleeing poverty, fleeing abuse,” Fiol said. “We have to get angry, stand up and say ‘enough’. We are not going to let this happen again. »