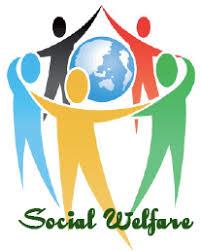 The Ningo-Prampram district office for social protection and community development called this weekend for strengthening the extended family system in different communities to care for orphans and vulnerable children.

Ms Augustina Nartey, Director of Social Protection and Community Development of Ningo-Prampram District, who launched the appeal, said the values â€‹â€‹of the Ghanaian extended family are very important in the care of orphans and should be reinforced instead of being abandoned.

Ms. Nartey was speaking at a one-day stakeholder workshop on alternative and parental care for vulnerable children.

The workshop was organized by Orphans and Vulnerable Children (OVC) Connexions, Ghana, in collaboration with the Department of Social Protection and Community Development of the Ningo-Prampram District Assembly (NiPDA).

She explained that integrating orphans and vulnerable children into the family instead of putting them in an orphanage would give them the benefit of having a normal family life, which is a vital role in raising the child. a child.

She said that after integrating these children into the context of family care, stakeholders such as churches and mosques, government agencies, traditional authorities, NGOs, opinion leaders, among others, needed to provide the necessary support for caregivers in families to meet their well-being.

She noted that in 2006 a committee on the rights of the child in a report on Ghana recommended that States Parties provide active support for a significant increase in the availability of family type of alternative care.

â€œIn this perspective, a Care Reform Initiative (CRI) was launched in 2007 with the aim of reducing over-reliance on institution-based care systems for vulnerable children and moving towards a range integrated family and community services for children. child care, â€she said.

Ms Nartey said that since the creation of the IRC, more than 85 orphanages have been closed because most of them did not follow the correct procedure to manage the homes.

She said about 80 percent of the children were in orphanages because their parents were poor, not because they were orphans.

Reverend David Kwodwo Ofosuhene, President of OVC Connexions Ghana, explained that they were not against the operation of orphanages as it helps childcare, stressing however the importance of keeping children connected in a safe environment. family-centered society.

Reverend Ofosuhene reiterated that keeping children connected in a family-centered society enables vulnerable and orphaned children to grow up, to stay connected to a family home in the best interests of the child.

He said the workshop aimed to equip stakeholders with the information and awareness needed to understand the importance of deinstitutionalizing care and promoting kinship care.

Mr. David M. Tuglo, Deputy Director of the Ningo-Prampram District Assembly, also highlighted the need for extended family members to embrace these children as part of their family.

Mr. Tuglo also urged participants to facilitate an open dialogue within their communities on kinship care to empower families while promoting the concerns of children in their neighborhood.