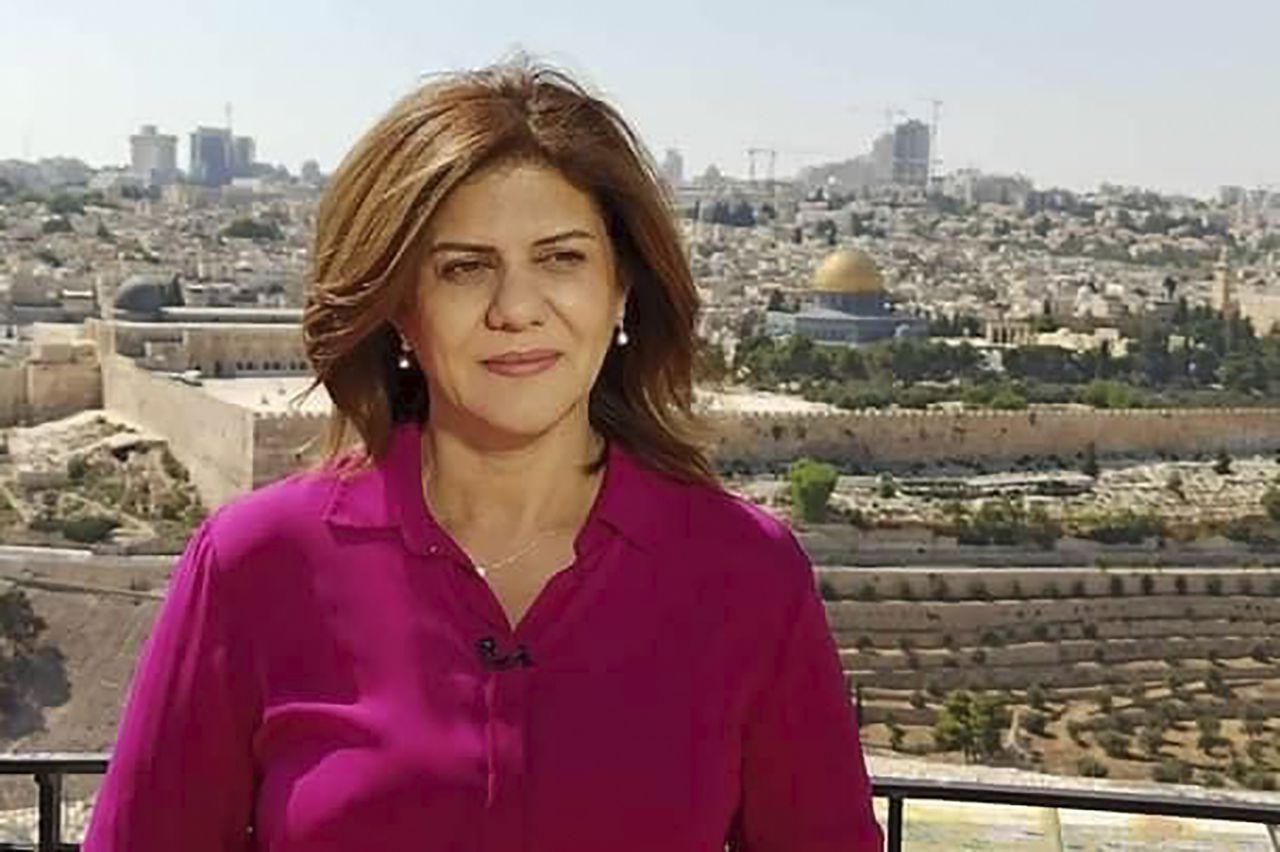 STATEN ISLAND, NY — Shireen Abu Akleh, 51, a Palestinian-American, who was shot and killed Wednesday, May 11, while covering an Israeli raid in the West Bank for Al Jazeera, is recalled by members of the family from Staten Island as a “brave” person and someone who inspired many at a vigil in New Jersey on Thursday.

Samir Akleh, a Staten Island resident and a cousin of Abu Akleh, told reporters at NorthJersey.com that “she investigated things” and was “very brave”.

The 51-year-old also had family at her mother’s house in New Jersey, according to The New York Times.

Akleh was among about 250 people gathered at Gould Park in Paterson, NJ, for a vigil on Thursday. The Palestinian American Community Center in Clifton hosted the event, NorthJersey.com reported. Mourners paid their respects to the journalist and a video screen showed some of Abu Akleh’s earlier work.

Samir’s nephew, Robert Akleh, also attended the vigil and told the NJ Publication that he was “proud to know that his cousin was not afraid to speak the truth.”

“Now it’s up to us here in America to really start to stand up, speak up and demand accountability,” he added.

Abu Akleh was covering an Israeli military raid in the Palestinian city of Jenin early Wednesday morning when she was shot in the head, according to multiple media. She wore a helmet and vest, marking her as a member of the press. Al Jazeera news producer Ali Samoudi, who was with Abu Akleh at the time, was shot in the back.

According to witnesses and other journalists present during the raid, Israeli forces fired on them and fired again when they tried to help Abu Akleh.

Israeli officials said Abu Akleh was killed in an exchange of gunfire with Palestinian gunmen. However, witnesses on the spot dispute this assertion.

“Shireen Abu Akleh was not just a journalist who spoke truth to power. He was someone who taught generations about the reality of life as a Palestinian under occupation,” Abire Sabbagh, director of community outreach at the Palestinian American Community Center, told NorthJersey.com.

Israel said it planned a full investigation into the incident. But rights groups argue that the investigation should be independent and that Israeli investigations have rarely resulted in harsh penalties.

On Friday, thousands of people attended Abu Akleh’s funeral. The mourners were greeted by baton-wielding Israeli police, who could be seen in CNN video charging into the funeral procession.

Al Jazeera footage shows the coffin nearly falling as the pallbearers struggled to hold on, as Israeli police beat them with batons.

The White House commented on the incident on Friday.

“We have all seen these images. They are obviously deeply troubling,” Jen Psaki said in her latest press briefing.

“We believe this is a day that we should all mark, including everyone there, the memory of a remarkable journalist who lost her life,” she added.

Asked about an investigation into Abu Akleh’s death, Psaki said, “We are not currently involved in any of the investigations, but we are working to establish cooperation and are available to provide assistance if needed.”

When asked by reporters if he condemned the Israel Police Force for their actions on Friday, President Joe Biden said:

“I don’t know all the details, but I know it needs to be investigated.”