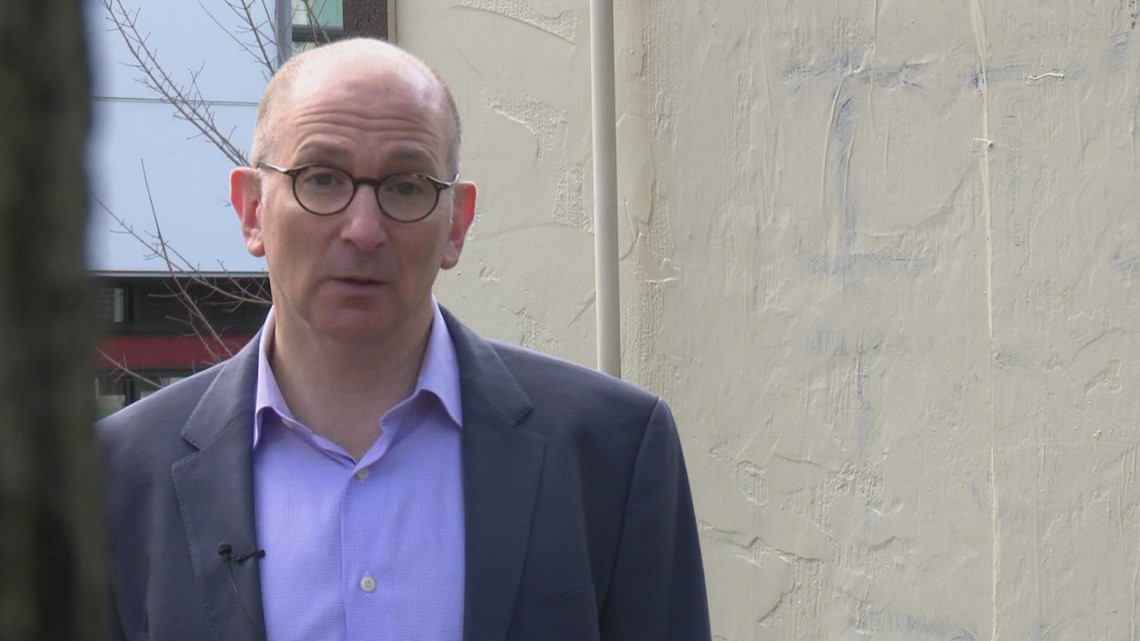 On Sunday morning, a neighbor spotted the anti-Semitic message spray-painted on the back of a 7-Eleven a block from the agency.

SEATTLE — Although it has been repainted, the wound caused by an anti-Semitic message found spray-painted near Seattle’s Central District still lingers. This message was discovered one block from Seattle Jewish Family Service Office.

“It’s okay to be a Zionist genocidaire,” read the hateful post.

“It’s frustrating, it makes you angry, it’s sad,” Rabbi Will Berkovitz said. “It’s heartbreaking that this is who we are as a society.”

Berkovitz is the rabbi and CEO of Jewish Family Service, a social service agency. He said a neighbor spotted this anti-Semitic message spray-painted Sunday morning on the back of 7-Eleven on the corner of Pine and 16th streets, one block from the JFS.

“People think it’s normal and comfortable to do this in front of a social services agency designed to serve the whole community and there’s also a synagogue just down the street,” Berkovitz said.

Although the graffiti was painted over by the city, there are still remnants on the wall. This hurts Berkovitz, who thinks this message could be a response to his opinion piece in the Seattle Times last week in which he was critical of the State of Israel and the rise in hate crimes towards his own community.

“It’s shockingly normal in Seattle, you just have to open your eyes to see it,” Berkovitz said. “Swastikas painted here, you know anti-Jewish paint, painted there.”

In 2020, there were more than 2,000 anti-Semitic incidents nationwide, according to the Anti-Defamation League. During that same year, the Seattle Police Department responded to 23 anti-Jewish crimes, with the most recent data from March 2021 showing there were eight incidents in the first three months of last year.

The SPD said the Bias Crimes Detective Unit is investigating the case, but Berkovitz wants the community as a whole to do more.

“We have to learn to see the world not in black and white, but in gray,” Berkovitz said. “Clearly whoever is writing this is writing this out of some kind of deep pain themselves.”