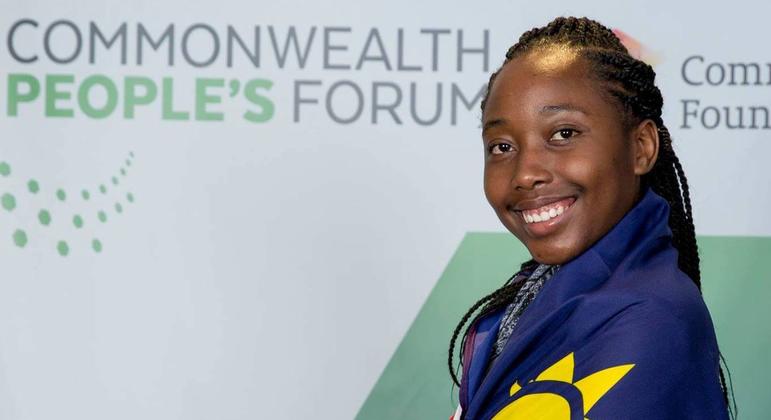 The individual winner is MP Emma Theofelus, who is currently Deputy Minister of Information in Namibia and the youngest recipient of the award.

Ms. Theofelus has been recognized for her work advocating for women’s empowerment and adolescent sexual and reproductive health in Namibia.

Born in 1996, she is one of Africa’s youngest ministers and has used her youth-friendly perspective and experience as a sexual and reproductive health advocate to speak directly to young people in the country.

As Deputy Minister, she led the country’s public communications campaign on COVID-19[feminine] preventions in Namibia, and as an MP, she pioneered legislation to have feminine hygiene products identified as a zero-rated good.

Prior to her appointment, Ms. Theofelus was a member of the Namibian chapter of AfriYAN, a regional youth-led organization, where she led pioneering efforts to combat teenage pregnancy and protect the sexual and reproductive health of young people.

In the Institutions category, BKKBN was recognized as a shining example of successful, innovative and rights-based family planning initiatives in the Republic of Indonesia, which continued even during the COVID-19 pandemic, said UNFPA.

Among his many accomplishments, he has trained population experts, engaged with nongovernmental and faith-based organizations on population issues, and developed programs to help families caring for the elderly.

He played a leading role in the fight against harmful practices, helping to raise the minimum age of marriage for girls from 16 to 19 in 2019.

The United Nations Population Prize recognizes individuals and institutions for their outstanding contributions to population, development and reproductive health since 1983.