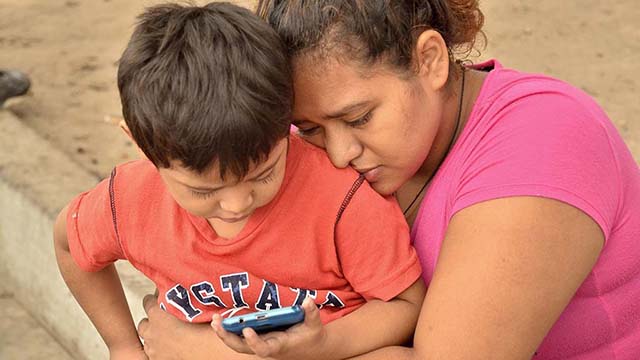 Migrant advocates in San Diego on Tuesday called on the US government to end separations of families of asylum seekers at the US-Mexico border, which they say still occur despite recent practices of “rescinding policies. harmful borders â€instituted by previous administrations.

The United States Civil Liberties Union of San Diego and Imperial Counties, as well as the Jewish Family Service, said they met 19 families between January and May who experienced “varying degrees of separation” while in custody by the border authorities upon entering the United States.

The organizations have called on Mayorkas to order border officials to stop the separations and have recommended policy changes aimed at correcting what they claim to be an “uneven application” of policies like Title 42, a policy of the Trump administration blocking entry to the United States on the basis of potential health. risks.

The organizations claim that under Title 42, the COVID-19 pandemic was used as a pretext to prevent people from obtaining asylum and that deportations continued under the Biden administration.

â€œStrict border enforcement that does not take into account the sanctity of family unity among people who have fled danger in search of protection aggravates trauma, compromises due process and risks permanent separations marked by violence. international borders, â€said Monika Y. Langarica, Immigrant Rights Staff Lawyer for ACLUF-SDIC. “It is high time that DHS put an end to heinous policies that allow separations, including Title 42 deportations, and adopted humane practices that welcome people with dignity. “

The organizations presented recommendations for DHS, including immediately stopping Title 42 evictions and adopting a new definition of what constitutes a family unit to avoid further separations between traveling family members. together.

â€œFamily units come in all shapes and sizes, and our border policies need to reflect that,â€ said Kate Clark, senior director of immigration services for JFS. â€œEvery day we hear the horrific stories of persecution and violence that asylum seekers flee and the possibility of being separated from their family members adds to the crippling fear and trauma they face as they seek. security in the United States. fairer system and make it clear that there is still work to be done.