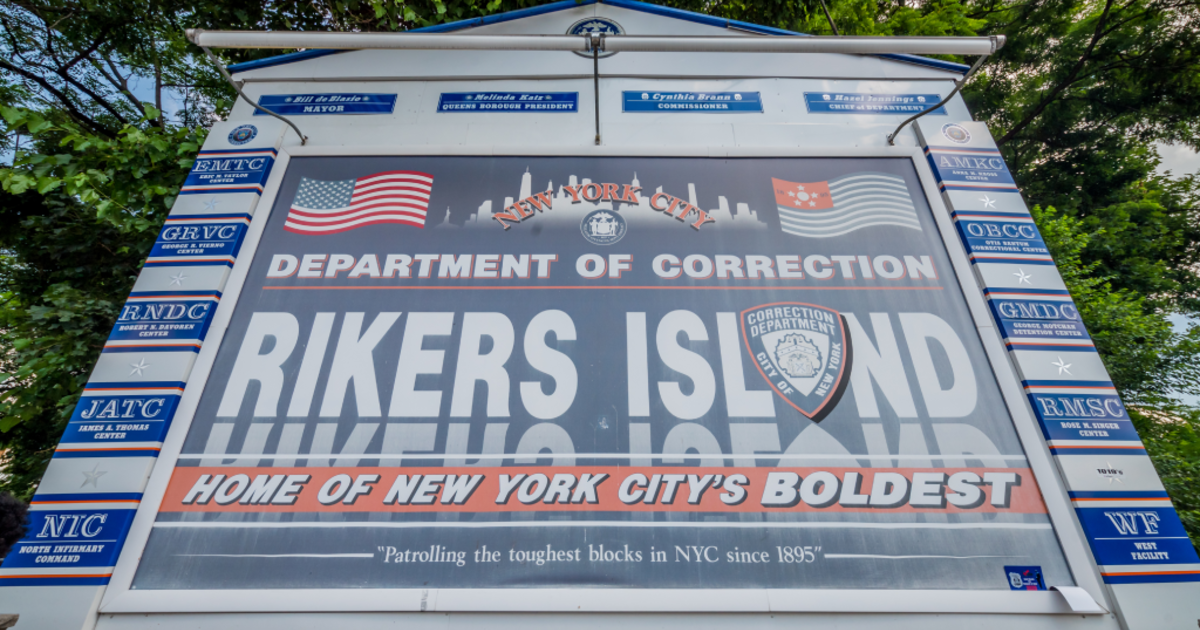 NEW YORK — Family members of Rikers Island prison inmates and their allies rallied Monday after the death of at least three inmates so far this year.

The group is small, but their demands are significant, CBS2’s Elijah Westbrook reported.

They say Governor Kathy Hochul’s “mass imprisonment plan” is problematic. Part of their demand of the Governor is that she find a way to end what they say is an inhumane environment inside New York prisons.

Lawyers and family members of detainees at Rikers Island said conditions were deplorable.

“We are here to bring attention to the horrific deaths that have occurred,” said Victor Pate, co-director of the HALTsolitary campaign.

Their calls to fix what they call an unsafe environment at the facility follow the deaths of three inmates this year at Rikers. Pate said that was an unacceptable statistic.

“It’s too much, too soon, too much and we’re telling Governor Hochul, all elected officials that you need to de-carcerate. You need to get people out of these jails and jails. We’re telling judges, we’re telling prosecutors to not send people to Rikers Island. You should release people,” Pate said.

A recent federal monitor report described the chaos within Rikers as inmates walk around easily while basic protocols, like locking doors, are not always followed.

There were more than 6,200 fights last year and 48 stabbings or stabbings in January alone. Those injured report waiting hours for medical attention, and some assaults go unreported.

“The focus is again on attempts by some of our elected officials to roll back major reforms that gutted state jails and jails,” attorney Bill Martin said.

“We are here to address the mass incarceration and abuse that continually occurs in our prison. People with disabilities, mental health issues and addictions,” said attorney Rozann Greco.

Department of Corrections Commissioner Louis Molina said in a statement, “We are moving as quickly as possible to resolve long-standing issues.”

Molina said assaults are down, more corrections officers are on the job, and more than 100 guns have been confiscated on Rikers Island.

Defenders huddled for about an hour, but plan to continue their efforts. Their next rally, they said, will be March 28 in front of the State Capitol.