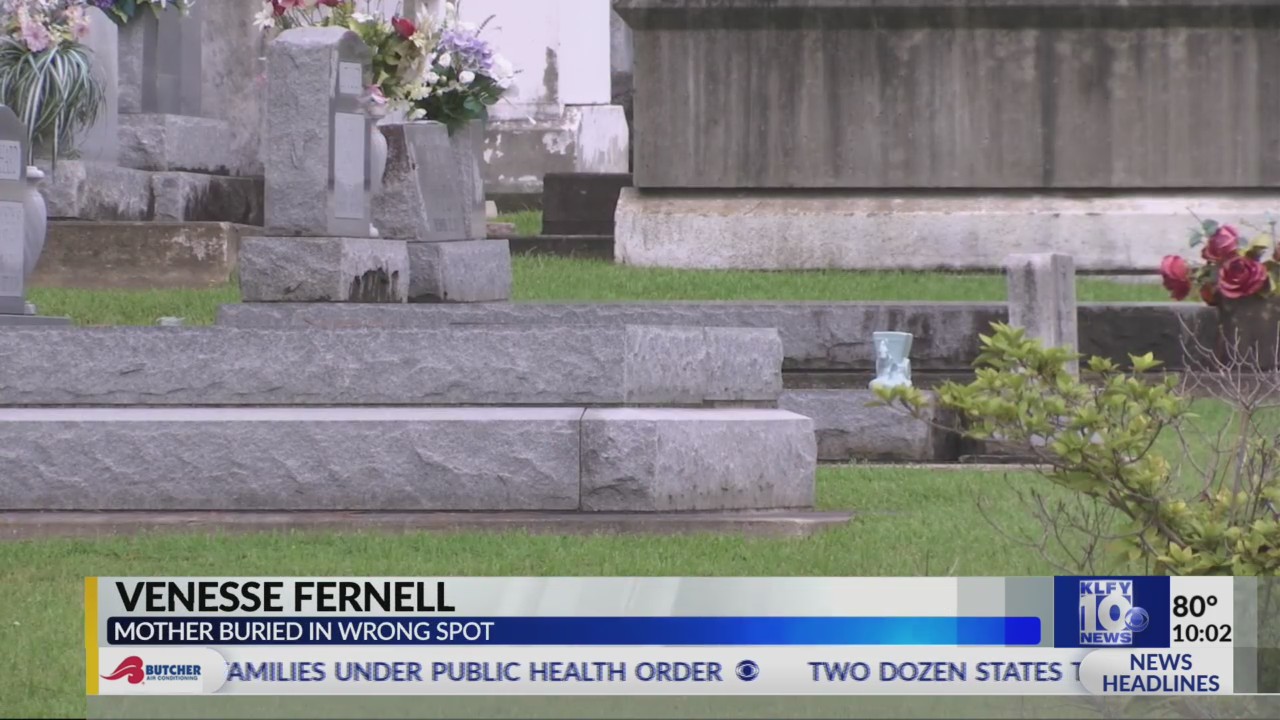 LAFAYETTE, Louisiana (KLFY) – A Lafayette woman speaks out after saying that a Lafayette cemetery buried her mother in the wrong place. News Ten has learned that this is the same cemetery where similar mistakes were made recently.

The first report arrived at News 10 two months ago.

A widow from Kaplan discovered that another man had been buried on top of her husband in the wrong grave.

She only found out about it five months later.

A similar situation occurs in the same cemetery.

When Venesse Fernell’s brother died in early 2021, he was buried in Calvaire cemetery in Lafayette.

In July, Fernell lost his mother, Delores Moore, to COVID-19.

Fernell’s family wanted Moore to be buried next to his son. They say they made these arrangements with the cemetery. On the day of his funeral, however, something else happened.

Fernell said she paid a lot of money to have her mother buried next to her brother. They say they even chose the location with the cemetery manager, who she says agreed to the plot.

â€œIt didn’t work that way. He put it where he wanted to put it, and that’s not fair. It is not fair. The family asked on paper where they wanted. They should be placed where you agreed to do it and what you told the family you would do, â€she added.

She says that since her mother was buried in July, she has been in the wrong place, which is across from her son’s cemetery.

â€œWhen I confronted the guy who runs the cemetery he said he wouldn’t move her. He would leave her where she is, and that was the end of it all, â€Fernell said.

She says her family is still fighting for her mother to move to her rightful place next to her family.

â€œThat’s all we ask for. Put it in the right place where it is supposed to be. It is always where it shouldn’t be, â€she added.

News 10 contacted the Diocese of Lafayette, owner of the Calvaire cemetery.

Although they have not made an official statement, officials say they have done their best to rectify the situation.