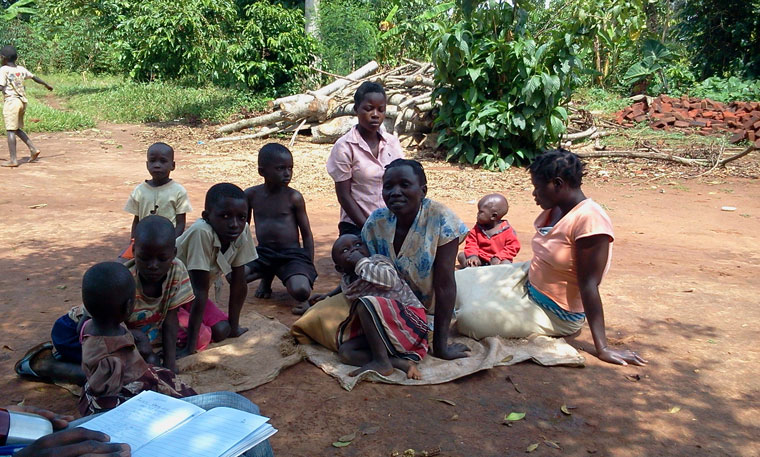 Village Health Teams (VHT) in the Bukedi sub-region have undertaken to sensitize residents on family planning with the aim of improving their well-being.
On average, a family in Butaleja has about 10 children, which has contributed to the high poverty rates.

The VHTs are mandated to encourage people to adopt family planning methods.
Under a Shs3b program launched by Reproductive Health Uganda, a non-profit organization, each time a VHT member convinces someone to take up family planning, they receive an incentive.

For each short-term family planning method, a VHT member receives Shs. 2,600 while for permanent and long-term methods referred, the member receives Shs. 5,700.
Family planning is the practice that helps couples and individuals decide if and when to have children.
Ms Betty Isiko, senior project manager at Reproductive Health Uganda, said 26,179 residents have so far been enrolled in the programme, which will run for three years.

“We managed to reach young women and men with a total of 2,590 for short methods and 23,163 long-acting reversible contraceptive methods for family planning. Another 426 are on permanent methods,” she said.
VHTs provide counseling services and also recruit more users of family planning methods.
“Unplanned pregnancies in the Bukedi region are higher among school-going girls than among married women, we have 50-54% of women with unplanned births in health centers caused by unplanned pregnancies,” said Stephen Nakweyi of Butaleja district. health officer, said.
Butaleja District Chairman Mr. Michael Higenyi applauded the scheme, saying that many families fail to meet the needs of their dependents.

“The poverty that plagues Butaleja is the result of a failure to adopt family planning. People don’t have enough means to support their families, but they keep having more children,” he said.
Ms. Scovia Atim, a VHT member attached to Kwapa Health Center III, said she had introduced about 500 residents to family planning.
Ms. Esther Namusisi, another VHT member attached to Busitema Health Center III, said the program has resulted in a reduction in child marriages and teenage pregnancies.
“Many young children were enrolled in family planning methods, which protected them from unwanted pregnancies, thus forcing them to stay in school,” she said.

Adding: “The program has also reduced domestic violence in homes. Men used to beat their wives for using family planning, but now they have been sensitized and appreciate the importance of family planning.
In 2017, the Uganda Bureau of Statistics (Ubos) report listed Busoga and Bukedi as the poorest regions in the country, with the number of rural poor rising from 6.7 million in 2013 to 10 million.