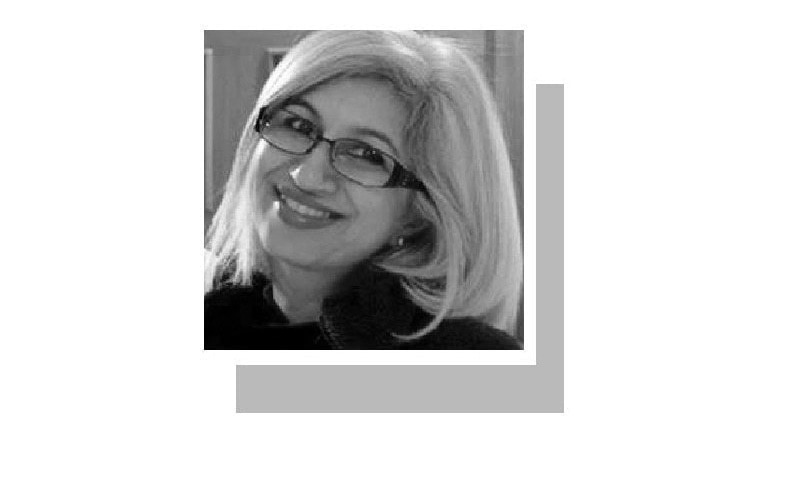 WOMEN keep getting pregnant during a seizure. Take, for example, Zamira Ikhtiar Ali, belonging to the Gothic Ibrahim Chandio. She is sure to be pregnant. Since fleeing the floods, wading through waist-deep water two months ago, she has not had her period. Zamira didn’t get tested, but the signs are all there. In the past nine years since her marriage, she has had six children born one after another and ranging in age from eight years to four months. She is still breastfeeding her youngest.

This may not be the ideal time for Zamira to get pregnant; she is living a displaced life in a makeshift camp on the embankment of the Nara Valley Main Drain (MNV) in Dadu, just opposite her village with the rest of the villagers. With so many mouths to feed, the month-long ration her family receives is consumed in just 15 days. Already the mother and child look extremely malnourished.

“So why have more children?” Shamira Mohammad asked, happy with her offspring of four – two sons and two daughters. She also had three miscarriages.

Neha Mankani, a midwife who runs the Mama Baby Fund and has worked with women like Zamira for many years, knows full well that many women in Pakistan don’t have “that level of autonomy to be able to articulate if the ‘child in them is a wanted one or not’, or whether they even want more children. Zamira and Shamira were among four dozen women who had gathered inside a large red tent, the one of 13 “safe spaces” set up by the Hyderabad-based Research and Development Organization for displaced women and adolescent girls by Ibrahim Chandio goth .

The floods give the government a chance to deliver on its FP2030 vision.

They talked about their sexual and reproductive health, including how they managed menstrual hygiene in the camp, and about urinary tract infections from using contaminated water (for washing themselves and their clothes, including their menstrual pads) from the MNV drain. Pregnant and breastfeeding women shared their own worries.

The floods may have revealed how underserved the particular health needs of Pakistani women were. Yet this is hardly a surprise. Pakistan’s maternal mortality ratio (the number of maternal deaths per 100,000 live births) of 186 (it was 276 in 2006-07) is far too high, as are the four million unintended pregnancies each year. The use of contraceptive methods is a dismal 34.5 percent. “About 25% use modern methods, but 9% still use the withdrawal method,” said gynecologist and obstetrician Dr Azra Ahsan, president of the nonprofit Karachi-based Mothers and Newborns Association. .

Former SAPM Health Dr. Zafar Mirza in his October 7 column in this article said that the average Pakistani mother had 3.5 children in 2020. Speaking with these displaced women, it does not seem that things have improved over the past two years. And if Pakistan continues to add 5.2 million people every year to its population, it will reach 350 million by 2050. Dr Nighat Shah, an obstetrician based in Karachi, said having a captive audience under the form of displaced persons offered the perfect opportunity. to counsel couples on contraception and spacing, especially those who have had multiple children.

For 300 to 400 men and women in a camp she visited, there were more than 600 children. “Each couple easily had between four and six children,” Dr Shah said. What she found comforting, however, was that they weren’t opposed to using contraception.

“The problem is not with them; the realization that it is difficult to feed so many mouths had come to them long before the floods. The problem is with the supplies,” Dr Shah said. There is also an urgent need for midwives and counselors in medical camps who can provide antenatal care and family planning counseling respectively.

The unmet need for modern contraception in Pakistan stands at 17% today. Even under normal circumstances, Dr Ahsan pointed out, this figure is high and must have increased for couples affected by the floods.

Pakistan’s policymakers are crafting ambitious plans, which look perfect on paper – and stick to them. The vision of Family Planning 2030 (FP2030) by maintaining a “balance (tawazun) between family size and resources and making informed choices” should be realized. The government has made eight commitments for 2030, including doubling the welfare and health budgets of the population; increase the use of contraceptives to 60%; and ensure there are no stockouts. But this tawazun can be best achieved when health and population welfare departments integrate (also an FP2030 commitment).

Until the FP2030 document gets a nudge in the arm, Pakistan will not see much progress in containing its runaway population.

What better time than now for the government to keep all the promises it made in the FP2030 document and send the displaced home armed with some form of contraception?

The author is a freelance journalist based in Karachi.
Twitter: @Zofeen28