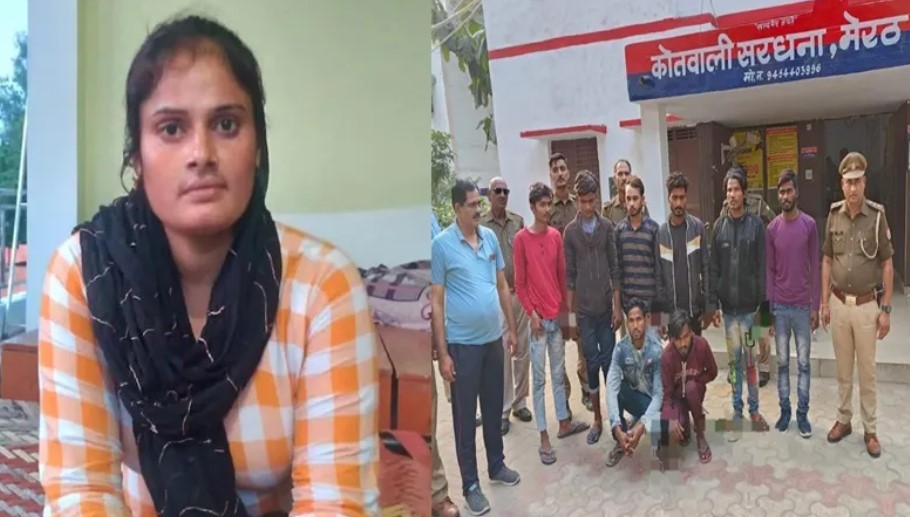 YouTuber and former Indian Idol singer Farmani Naaz, who was in the spotlight for performing Abhilipsa Panda’s song “Har Har Shambhu”, has once again made headlines after reports surfaced that the members of his family ran an iron theft syndicate in Meerut. Farmani Naaz is a resident of Mohammad Lohadda, Muzaffarnagar in Uttar Pradesh from where her family ran their illicit business.

According to reports, police in Meerut on Monday (November 7) arrested 8 gang members, including Farmani Naaz’s brother Armaan, and are looking for his father Arif and brother-in-law Irshad, who have been on the run since the racket was busted. by Meerut Police.

According to reports, the syndicate was led by Farmani Naaz’s brother, father and brother-in-law and other members. In addition to arresting his brother, Meerut police recovered two quintals (200 kg) of iron bars from the scene and also seized the vehicle used for the theft.

According to SSP Rohit Singh Sajwan, the gang had looted iron bars from a construction site in Teharki village in Palwal, Haryana a month ago, taking the caretaker hostage. The robbers also stole the guard’s phone. When Sardhana Police opened an investigation into the incident, the names of some people came to light.

Police learned on Sunday November 6 that the gang was planning to carry out another robbery in Khirwa Jalalpur. Police arrived at the scene and caught Anuj, Monu, Shakir, Irshad, Shahrukh and Armaan, residents of Teharki Sardhana village and Mohammadpur Lohadda Muzaffarnagar. The stolen bars were also recovered following the accused’s confession.

Police said Farmani’s brother Armaan and brother-in-law Irshad led the group, while his father Arif supplied the weapons used in the crime.

Singer Farmani Naaz, who has 4.49 million subscribers on her YouTube channel, rose to popularity after appearing on the singing reality show Indian Idol in its twelfth season. On the show, Farmani revealed that her husband left her after their son was born with a throat problem in 2019. Since then, she has been singing and her brother Armaan works as a laborer to earn a living.

On July 22, her video where she sang the rendition of “Har Har Shambhu”, a bhajan dedicated to Lord Shiva, got her into trouble with Muslim clerics in Deoband.

Maulana Mufti Asad Qasmi, Ulama of Deoband said that singing and dancing of any kind is not permitted in Islam. “It is forbidden in Islam. Muslims must abstain from anything that is prohibited. The song sung by the woman (Farmani Naaz) is not allowed, it is forbidden. She should refrain from it.

He further claimed that singing “any song” is “haram” or forbidden in Islam. “Especially a woman, who considers herself a Muslim, should avoid singing such songs,” said Maulana Mufti Asad Qasmi.

Some TV stations had broadcast misleading information crediting Farmani for the popular song Har Har Shambhu. However, the song was originally sung by Abhilipsa Panda and Jeetu Sharma.