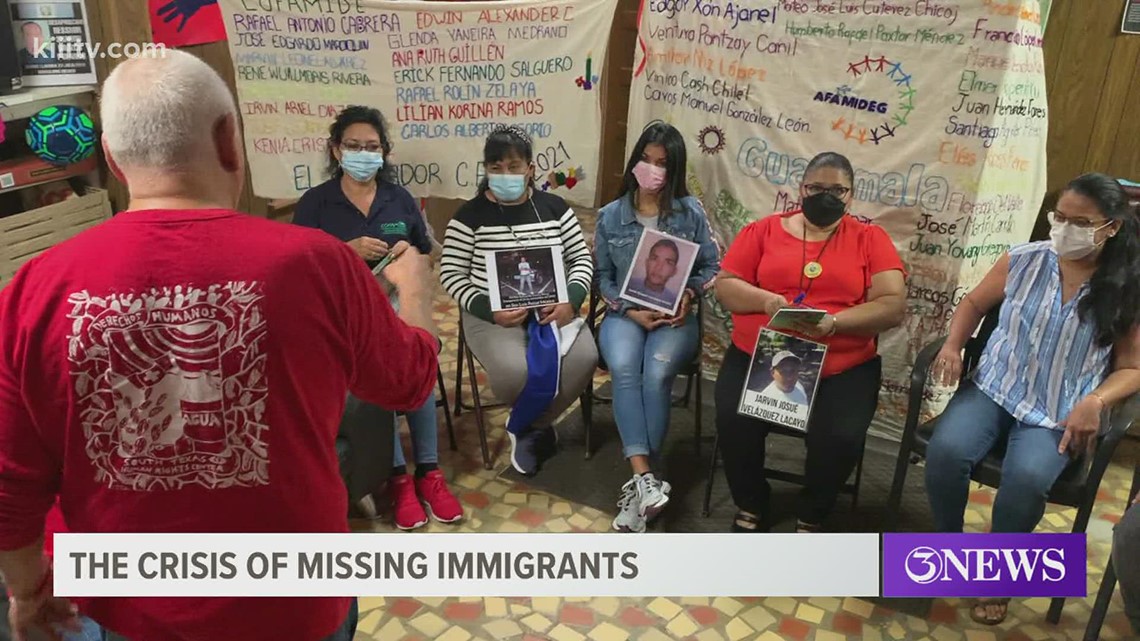 Family members of the missing migrants turned up at the South Texas Human Rights Center with a simple plea to find their loved ones.

BROOKS COUNTY, Texas – There is a small group of Central American women crossing the United States.

It is an effort not only to find their missing loved ones, but to bring attention to the plight of people in those countries who are forced to try to migrate to the United States.

These women come from places like Guatemala and Honduras, each holding a photo of their loved one who has not been heard from for 10 years. Some of these missing migrants are said to have gone missing in Brooks County.

Family members of the missing migrants turned up at the South Texas Human Rights Center with a simple plea to find their loved ones.

The women have a song that says they will search East, West, North and South to find their missing family member.

Karen Morales is originally from Honduras and has not seen her brother since 2012, when he was about to travel to the United States near Laredo.

â€œWe hope (that they can) help us find it with DNA so that we can find our family (members). We hope not to find them dead, we are looking to find them alive and I thank the sheriff here and everyone who helps us. said Morales.

Brooks County Sheriff Benny Martinez said the first thing he was going to do was offer women a chance to browse photos in his collection of the dead book.

The files contain documentation from the Sheriff’s Department on bodies found in Brooks County since 2009. He is also prepared to get the women into their DNA system to see if a match can be found.

â€œIt has a lot to do with what they can do. They provide their DNA and that’s what we’re going to do for them and then submit,â€ Martinez said.

Those who organized the trip also hope to meet several members of Congress in Washington DC. They hope to get them to change their foreign policy, which they accuse of being at the origin of the large number of migrants who come to our country.

In Honduras there is the president’s brother who is in a prison in New York and during this trial the name of the president of Honduras was mentioned, but the US government continues to send money to Honduras. Roxana Bendezu, media travel organizer for Migrant Roots, said.

“How is this country dealing with a humanitarian crisis, people dying and people missing. So we need to publicize, we need to get this information out to the public,” said Eddie Canales, director of South Texas Human Rights Center. .

These women say they plan to come back every year. They want to draw attention to the plight of migrants and continue the search for missing family members.

Woman loses four of her family to Covid | Life