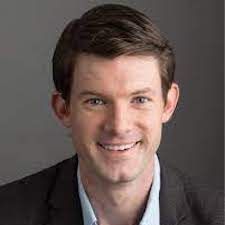 Family members of hospitalized patients at increased risk of CDI

Living in the same household as a hospitalized person could increase the risk of developing Clostridium difficile infection (CDI).

A team, led by Aaron C. Miller, PhD, University of Iowa, determined whether hospitalized patients without CDIs increased the risk of infection among their family members after discharge.

The majority of studies on CDI have focused on preventing the spread of nosocomial infections.

Although there are likely similar risk factors between nosocomial CDI and community-spread Cdifficile infections with respect to antibiotic use and age, there could be unique risk factors in the community, including food and pets, and the presence of a symptomatic family member.

In the study, investigators used U.S. insurance claims data between 2001 and 2017 to compare the monthly incidence of CDI between individuals in households with and without a family member hospitalized over the years. previous 60 days.

The analysis was based on the monthly incidence of CDI. Investigators also used a regression model to stratify enrollees into monthly enrollment strata based on year and month, as well as other demographic and patient characteristics, including age, gender, previous use of antimicrobials, use of proton pump inhibitors, presence of an infant less than 2 years of age in the household, and exposure to a recently hospitalized family member.

The investigators found a dose-response relationship between the total number of hospital days within the household and the CDI incidence rate ratio.

Finally, the investigators found that known risk factors were associated with a higher incidence rate of CDI. For example, exposure to antimicrobials was linked to an increased incidence rate.