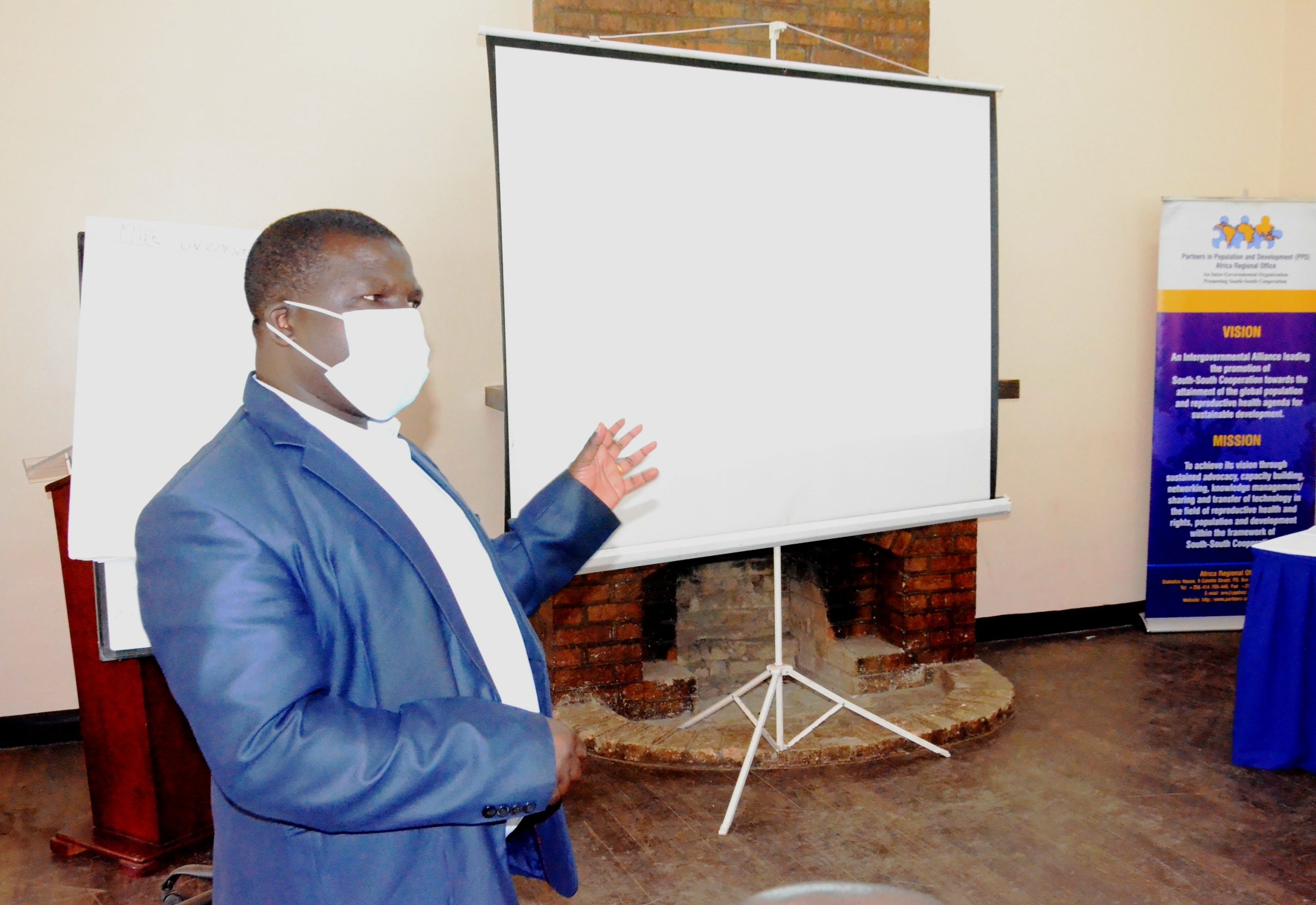 Family affairs and health experts in Kabale district are pushing for the use of family planning among sexually active young people to curb the rapid rise in teenage pregnancy cases.

The idea was raised at a family planning advocacy meeting hosted by the Africa regional office of Partners in Population, Development and Development (PPD) at White Horse Inn Kabale on Wednesday.

Kabale district has recorded as many as 2,628 cases of teenage pregnancies since schools were closed in a bid to fight COVID-19.

A 16-year-old girl from Kirigime neighborhood, Kabale municipality, recounted how she fell into the hands of malicious men as she returned home from work earlier this year.

â€œI was on the way to the dairy center where I worked and around 8:00 pm on the fateful evening, I met 3 men who grabbed me by force and led me into the neighboring bush. This is where they raped me, â€she said.

The daughter who stays with her mother was initially afraid to tell her what had happened until the mother found out after noticing changes on her daughter’s body.

â€œMy mother took me to the hospital and it was revealed that I was pregnant. My mother and I then reported the case to the police as I could remember the attackers but so far we have not had any positive results from the police, â€the victim added.

Considering the educational interests of the victim, she believes that the incident should not limit her aspirations in life.

â€œI was in my final year when I encountered this terrible incident. My prayer is that even after giving birth, I will be allowed to continue my educational journey, â€she added.

Another victim who shared her story with our reporter is a 14 year old girl who is also a victim of HIV / AIDS. She was in sixth grade when she came across this horrific experience that has since changed her life.

â€œMy friends have asked me to accompany them on a visit to their boyfriends. The 2 girls didn’t tell me that there were 3 boys waiting for us and while we were there each of the girls paired up and I found myself alone with a weird guy who finally came out on top. me, â€she revealed.

This victim learned of her pregnancy when she went to get her antiretroviral (ARV) medication.

â€œThe doctors examined me and immediately called my mother at the hospital to let her know my status. After a short meeting with her, we were invited to a counseling session where it was revealed that I was pregnant. My mother was asked to provide all the support necessary to allow me to produce well and raise my pregnancy and later my baby in peace, â€she noted.

Alfred Besigensi, the Kabale district health worker, says accessibility to family planning tools for young people could be a viable approach to the challenge since most young people in the region are found to be sexually active.

â€œFor any understanding parent, you will have known your child’s behavior. If your child is already sexually active and you have spoken to him and he seems not to change, instead of risking getting pregnant or contracting HIV / AIDS, promoting family planning methods among them is a better option. â€Said Besigensi.

He asked parents who find it difficult to share such sensitive information with their children to use the health workers best suited to such tasks.

â€œYou can visit a health facility with your child and a specialist health worker will advise your child on the appropriate family planning method for him,â€ Besigensi added.

â€œAmid the great parenting challenges we are currently facing with extreme sexual activity in children, there is a need to accept family planning for young people, as other options have not helped,â€ he said. she declared.

Muhumuza admits that the company might find the proposal odd, but the current challenge is now greater than it has ever been.

Patrick Mugirwa, program director in the regional office of Partners in Population and Development Africa, said family planning should be seen in aspects of information and services to reduce parental prejudices about it.

â€œWhen we talk about family planning, most people look at methods like pills, injections and many more. This could scare parents into thinking their children will be exposed to difficult options. When we explain that even the sharing of information and advice is part of the existing options, it makes the idea more attractive, â€he said.

Mugirwa said the components of the national sexuality education framework are important for ensuring the healthy growth of children.

“We believe that once this framework is properly implemented, we will reduce the challenges arising from the sexual practices of young people,” he added.

James Mugisha, the senior assistant secretary, said there is a great risk of exploitation among some children in the district with the high levels of poverty in the region.

â€œAs we seek a solution to this challenge, we should also consider the state in which some of these children are being raised. Imagine the risk surrounding the children seen in the streets selling yellow bananas for less than 5,000 Ugx. If such a child gets a better monetary offer, it can end up being exploited, â€he said. -Marital sex instead of focusing on family planning tools which appear to encourage sinful living.

â€œWe need to understand that family planning is for married people who have families. What’s the essence of planning for something you don’t have? You cannot offer a weapon to someone who is not ready to fight, â€Mwesigwa said.

Rukiga District recorded 71 cases of teenage pregnancy in the last fiscal year. Kisoro has registered 79 cases and Rubanda has registered around 200 cases.

Authorities attribute these cases to parental mismanagement of children under the current lockdown, among other factors.

â€œThe confinement was long enough and most of the children appeared redundant. Schools would help us get them involved, but now at home most parents have less time to supervise these children, â€said Jennifer Tumusimire, Rukungiri District Probation Officer.

Alex Okwaratuhe, the Kisoro district probation officer, said most of the victims have reluctant parents who failed to supervise their children during this sensitive time.

“You have to keep in mind that these are teenagers and that once they are not properly managed they are likely to cause a serious problem like the one we are already seeing,” he said. -he declares.

â€œWe all need to care about the future of these children. It is high time that all actors in the safe education of children took up arms to see this happen. Communities should see this as a big concern, â€she said.

According to the Uganda Demographic and Health Survey (2016), 1 in 5 women in Uganda begin sexual activity before the age of 15, while 64% have sex before the age of 18. 1 in 4 adolescent girls aged 15 to 19 is already a mother or pregnant with her first child. Adolescent motherhood is higher in rural areas (27%) than in urban areas (19%).

A recent survey on violence against children from the Ministry of Gender, Labor and Social Development (2017) found that sexual violence among girls is still high at 35% and almost half of these girls have suffered sexual violence before the age of 16.