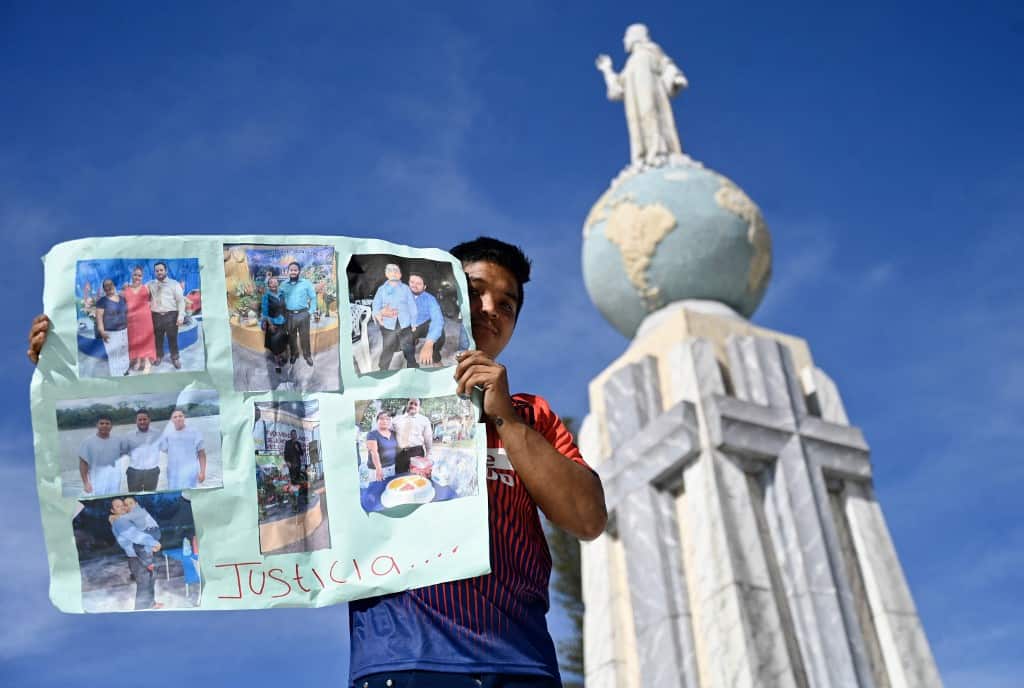 Dozens of relatives of detainees held under an exceptional regime, extended for a month on Tuesday to fight against gangs in El Salvador, marched to demand their release and proclaim their innocence.

During the march in San Salvador, the capital, which was also attended by human rights organizations, people carried small signs with the photo of their detained relative.

The demonstrators, mostly dressed in white t-shirts, reached the outskirts of the Presidential House, access to which was blocked.

María Gloria Sánchez, 60, has called for the release of her daughter Laura Maribel Pacheco, 22, who was arrested by police on April 17 at her home in a populated area of ​​the city of San Martín, on the eastern outskirts of the capital.

“The police came to the house, asked for my daughter and detained her without explaining the reason. They only told me that it was because of the (emergency) regime,” Sanchez told AFP. AFP.

Pacheco worked in a maquila and supported his mother.

“It hurts because she didn’t do anything wrong, she’s innocent,” added Sanchez, who said her daughter was still in a women’s prison in San Salvador’s eastern sector.

“Freedom, freedom,” shouted Sebastiana Bermudez, 50, who cried out the innocence of her son Irvin Alcides Amaya, 28, who was detained on April 7.

“My son was arrested at his job, he is a baker, and they took him away accused of (belonging to) illegal groups,” Bermúdez told AFP.

The only thing she knows about him, she says, is that he is in good health in a prison in the northern sector of San Salvador.

Extension of the emergency scheme

On Tuesday, the Legislative Assembly, controlled by the allies of President Nayib Bukele, decided to extend until at least the end of August an exception which allows arrests without a warrant.

In his “war” against gangs, Bukele asked Congress in late March to approve this exception after a wave of murders by these organizations. The measure, which is in effect for 30 days, has been extended month by month by Parliament.

The emergency regime suspends freedom of association, a defendant’s right to defence, extends the period of preventive detention from 3 to 15 days and authorizes the interception of communications.

Members of the ruling party and the minority opposition have engaged in a debate on the capture of innocent people imprisoned with gang members.

For his part, Guillermo Gallegos, deputy of the ruling party Gran Alianza Nacional (Gana), considered that “the exceptional regime should be in force until the last member of the gang is captured”.

According to the Ministry of Justice and Security, as of Monday, 46,694 people, suspected gang members, had been arrested under Bukele’s plan, which enjoys broad public support.

His “war” against gangs has been criticized by human rights organizations and Washington, which denounce possible abuses against detainees whose guilt has not been proven.

The MS-13 and Barrio 18 gangs are the most active gangs in El Salvador. Prior to the government onslaught, some 16,000 of their members were incarcerated.

Community Health, Family Planning and the Future of Nigeria