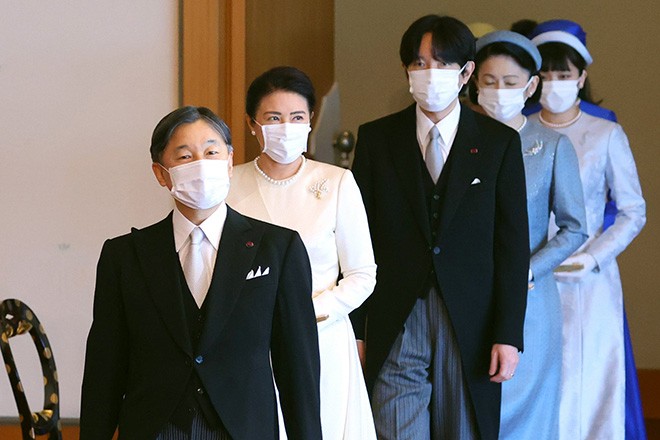 A report on the direction of future discussions, compiled last month by a government panel of experts on imperial succession, revealed the difficulty of maintaining a national system relying on a single family to function.

The report also exposed the irresponsibility of political leaders who refused to tackle the problem by deliberately withholding discussions for nearly a decade.

The panel declined to express its views on allowing women or men of the female line to ascend the chrysanthemum throne.

But he recognized the urgency of securing a sufficient number of members of the Imperial Family and proposed three measures:

(1) Allow female members of the Imperial family to retain their Imperial status even after marrying commoners.

The panel will study the pros and cons of each measure and write a report.

Panel says there is a need to keep the current order of succession – Crown Prince Fumihito followed by his son Prince Hisahito – and ensure that the number of Imperial family members is kept at a certain level .

This position is in line with what the Asahi Shimbun claims in its editorials.

However, Proposition 3 amounts to reviving those branches of the imperial family that were stripped of their imperial status as part of the post-war reforms.

The branch members had separated from the Imperial Family proper 600 years ago and had lived as commoners since the end of World War II.

Some constitutional scholars told the panel hearing that the ruling would violate the Constitution, which prohibits discrimination based on family origin.

The same problem is inherent in Proposition 2.

No individual – a man to be adopted, his parents, and the members of the Imperial Family who adopt him – should ever be forced into an adoption agreement.

The question also remains as to how such an adoption can be reconciled with the current system which does not grant freedom of choice in accession to the throne or abdication of the throne.

These proposals stem from the conviction that imperial succession must forever remain limited to men of the male line of the imperial family.

As long as this remains the case, no one in the Imperial Family, including the potential partner of young Prince Hisahito, will ever be free from the chains of a male heir.

Tradition must be respected. But what tradition is so important if it is to be upheld at the cost of violating human rights and perhaps even the Constitution?

What support can such a tradition gain from the Japanese people today and in the future? Everyone has to think very hard.

Even proposition 1, which is perhaps the easiest to accept, cannot be applied against the will of the women concerned.

Women born into the imperial family, raised on the premise that they will become commoners after marriage, have planned their lives accordingly.

The Constitution defines the emperor as the symbol of the unity of the people. The system cannot survive without the support and understanding of the sovereign people. The government and the Diet must recognize this again in order to face the crisis.