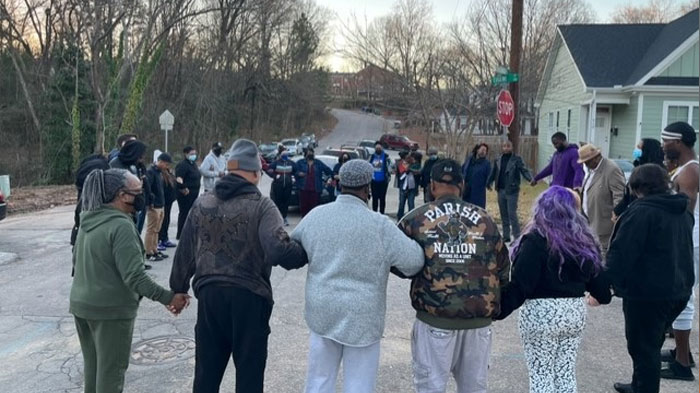 DURHAM, NC (WNCN) – Hours after two people were killed and four other young people were shot and wounded in Durham, about two dozen people gathered at the site – to pray and call for change.

Standing along Mathison Street, organizers encouraged adults in the community to get involved, in an effort to end the recent gun violence.

Monday’s attack left a 19-year-old man and another victim dead, with four other victims – all minors – injured.

“I think now is the time for citizens to do our part,” said organizer Reverend Tamario Howze.

The informal gathering came about an hour after Durham City and County leaders held a press conference in which they shared a similar message.

Durham Mayor Elaine O’Neal called on citizens who can volunteer up to five hours a week and businesses to create internships in the hopes, she said, of solving problems under -acients that trigger violence in the region.

â€œEach death robs our community of a brilliant spirit that could help us solve some of our city’s most pressing challenges,â€ said O’Neal.

Elijah Pryor was among those calling for change on Monday afternoon. He told CBS17 that his 17-year-old daughter – “the best girl in the world” – was one of the teenage girls injured in the morning violence.

â€œWe have to give our young children a future because right now in County Durham they don’t have a future,â€ said Pryor.

The leaders of Durham each shared a sense of urgency in the need to tackle violence:

Howze agreed with the latter statement and told people at the vigil on Monday to exchange business cards, join community organizations and plan to take regular steps to support young people.

â€œIt’s easy to hold someone else to account,â€ Howze said. “But me, personally, I’m going to ask the question ‘What am I doing?'”

WNEP and the Tegna Foundation donated to the Family Service Association