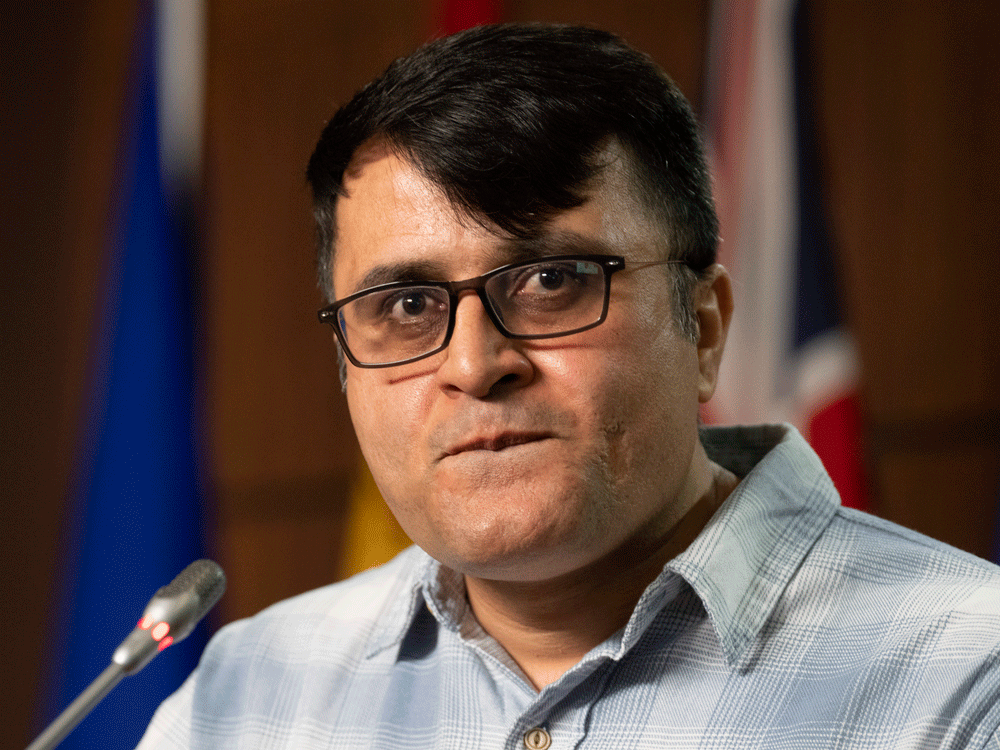 OTTAWA — Afghan interpreters who helped the Canadian military say the federal government lied to them about bringing family members to Canada and people died while waiting for documents to be processed.

At a press conference organized by the NDP on Wednesday, interpreters said they planned to go on a hunger strike on Thursday in protest.

Their call for urgent action comes as the government revealed it has now welcomed 10,000 Afghans to Canada since the Taliban took control of Kabul.

On Wednesday, Immigration Minister Sean Fraser met a plane carrying nearly 300 Afghans at the Toronto airport. He said the “hope and optimism of being in Canada was written on their faces” upon their arrival.

“We are not going to go back on our commitment,” he said in an interview.

He said “our dedication has not changed at all”, despite the unique challenges on the ground – including ensuring those fleeing have travel documents.

In December of last year, the government introduced a special immigration stream to bring the families of Afghan interpreters to Canada.

Hundreds of people have applied to join the program since then and filled out the forms, but none have become Canada, according to the NDP.

Speaking at Wednesday’s NDP press conference, interpreters said their relatives fled from house to house to evade door-to-door Taliban searches and burned documents showing ties to Canada for fear of reprisals while they were waiting to come to Canada.

Ghulam Faizi, a former Afghan interpreter who is now a Canadian citizen, says Afghans who applied for passports to leave the country, following instructions from the Canadian government, were interrogated by the Taliban.

“The Taliban — the first question is, ‘Why do you need a family passport? Who did you work for and who did your family work for? “, he said.

Others have waited so long for Canada to process their papers in neighboring countries, such as Pakistan, that their visas expire and they risk being deported to Afghanistan where they could face persecution by the Taliban.

Safiullah Mohammad Zahed, who is among those planning to go on a hunger strike in protest, accused the Canadian government of misleading Afghan interpreters about plans to quickly bring their families to Canada.

“We feel like we were lied to from day one,” he said.

NDP MP Jenny Kwan says the government should treat Afghans the same as Ukrainians fleeing the Russian invasion and speed up their entry into Canada, processing their papers and biometrics once they are here .

The NDP’s immigration critic said no Afghan families have so far joined interpreters in Canada under special immigration measures introduced last year to bring in their loved ones.

She said interpreters had met with the government, including officials and the immigration minister, 25 times about delays and logistical issues.

“They were promised that they would bring their family members here to Canada within a few weeks,” she said. “It has now been almost three months since they submitted their applications in accordance with government instructions. Three hundred families applied. None of the family arrived in Canada.

Aidan Strickland, Fraser’s spokesman, said the government remains firmly committed to bringing Afghan families in, and is ‘doing everything we can’ and ‘using every avenue available’, but the process is mired in hurdles .

“The Government of Canada remains steadfast in its commitment to resettle at least 40,000 Afghan nationals and is working to bring as many vulnerable Afghans to Canada to safety as quickly as possible,” she said.

Afghan interpreters said that while waiting for their applications to be processed, their families are being hunted down by the Taliban because they helped the Canadian Armed Forces before the fundamentalist regime regained control of Kabul.

They said many died before they could board a plane for Canada, others lost their jobs, bought papers on the black market to get to Pakistan or lived in hiding in Afghanistan.

Sign up to receive the best daily stories from the National Post, a division of Postmedia Network Inc.

Thank you for your registration!

A welcome email is on the way. If you don’t see it, please check your spam folder.

The next issue of NP Posted will soon be in your inbox.

We encountered a problem during your registration. Try Again