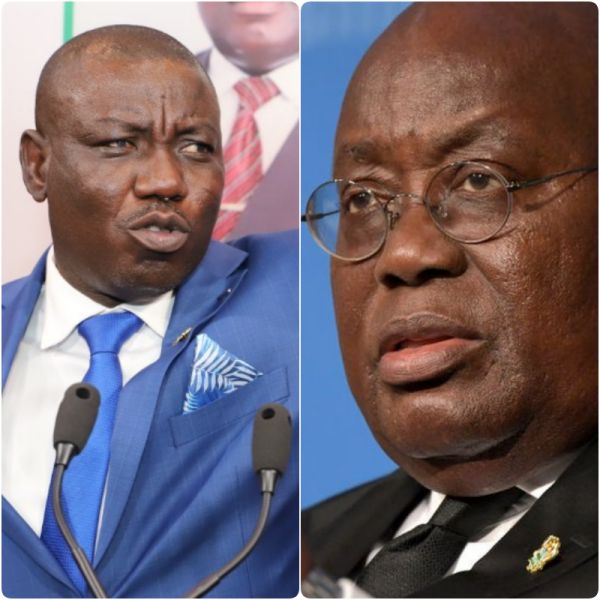 Bolgatanga Central NDC (MP) MP Isaac Adongo believes that President Akufo-Addo cannot blame anyone but himself for the current state of economic affairs after surrounding himself with virtually all members of his family who had a bad appreciation of the economy.

For him, Akufo-Addo will go down in the annals of the country’s political history as the worst president of all time.

speaking on OK FM‘s’Ade Akye Abia’ program, he accused the NPP government of relying so heavily on borrowing at unprecedented levels, even though there was no evidence that the country had lost all possibilities for future borrowing.

“The controversy around the Covid-19 and the Russian-Ukrainian war should not be mentioned as the cause of the collapse of the economy. The NPP government borrowed and spent the money on irrelevant projects that did not contribute to the development of the country. The finance minister has mismanaged the economy to such an extent that no institution even wants to lend the country money again“, he asserted.

He added that some projects like the national cathedral which has already gobbled up more than $35 million and the Agyapa deal will cease to exist forever when the IMF looks at the country’s books and decides to help the country.

“The Minister of Finance who has little knowledge of finance and economic management should not be close to the IMF team to help design a policy to revive the economy.

“But President Akufo-Addo caused his own failure because he surrounded himself with his family members who had a bad appreciation of the economy and they ultimately ruined his administration. President Akufo-Addo will remain in the history as one of the worst presidents The woes of the economy are due to bad decisions made by the Minister of Finance, Ken Ofori-Atta,” he added.

However, he is confident that the IMF will insist on protecting the poor in the negotiations, adding that it will support any eventual plan that protects the interests of the poor and vulnerable.

Watch the video below

Family planning and CSE: at the heart of a healthy lifestyle – The European bite