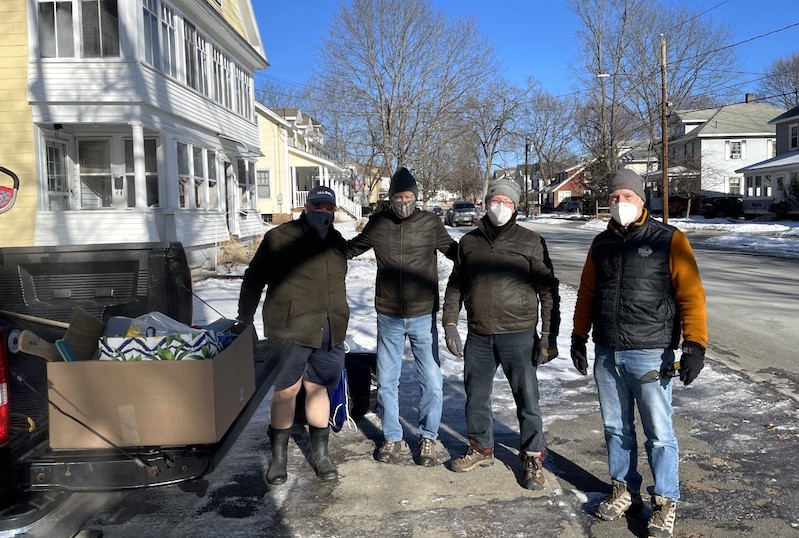 PITTSFIELD — Gabriela Sheehan is no stranger to outsourcing struggles. Two decades ago, she watched sideways as her Nicaraguan-born father moved to the Berkshires from Arizona. A passion for Catholic ministry, coupled with his own desire to attend Mass in his native language, led Ramiro Guerrero to St. Mark’s Church on West Street in Pittsfield, where he was lucky enough to find a priest. bilingual. What began with two or three worshipers gathering for weekly masses in Spanish eventually spread to Great Barrington to include “a huge population of people who had essentially never had access to religion in their own language, having the ability to worship [in Spanish]for the first time, Sheehan told The Edge. She points out that seeing her late father champion Latinos in the Berkshires — in addition to being multilingual and growing up in a bicultural home — ignited her passion for the advocacy.

“It felt so fitting to me, when I applied for this job, because there hasn’t been a resettlement effort in the Berkshires since the 1980s,” said Sheehan, who was appointed resettlement coordinator. of the Berkshires by Western Massachusetts Jewish Family Service (JFS) in December. Sheehan joins the New America Programcurrently responsible for facilitating the reception and placement of 25 Afghan refugees in Berkshire County.

In September 2016, JFS CEO and President Maxine Stein saw an outpouring of support for Syrian resettlement efforts in the region. Sheehan attended an information session, led by Stein, on how locals could support Syrian refugees in Springfield, where JFS is based, as well as in the Berkshires. “The basement [auditorium] the Berkshire Athenaeum was packed,” Sheehan recalled, citing Trump’s election (and subsequent restrictions on people coming to this country) as causing the wave of energy to stop. When Biden was elected, refugees were once again welcomed into the United States and another wave of momentum set in.

“Maxine knew there was a lot of energy in the Berkshires,” Sheehan said, hence the extension of the organization’s services further west. Sheehan described Afghan resettlement efforts as “different from other types of resettlement,” largely because of the volume: there are a lot of people needing a lot of things at the same time.

“It’s an incredible support network,” Sheehan said, citing 150 people vaguely across 30 organizations. “People from all over [are] do it all,” she said, pointing out that her numbers – although crude estimates – represent “so many hands” working to solve a myriad of issues, including access to culturally appropriate food (an effort led by Berkshire Bounty), driver training (starting this week with Dave’s Driving School, Inc.), and dozens of other necessities.

“We have foster teams,” Sheehan explained, each categorized by employment, housing, education, health and community ties. The latter is the broadest and includes public services; fun tourist-type activities; and legal issues. “Everything falls into one of these categories,” she said, adding that every Afghan family has a team of volunteers – affiliated geographically or by organization – and each of these teams taps into the resources of their wider community. Over time, “a team of volunteers who are not part of a team” has evolved; she also has a team of drivers who can transport people to appointments and groceries. Volunteers who are not already involved and wish to be can contact Sheehan directly.

Sheehan, who holds a master’s of education in career and technical education from Northern Arizona University, reflects on the steep learning curve and adaptability required to meet the fluctuating needs of those resettled here. Still, she is in her element. “I love this job. It’s super tough and there are always around 1,000 unexpected things that happen every day, so it takes a lot of flexibility, which I luckily have,” she said candidly. (In addition to a decade teaching in public schools in Pittsfield, Sheehan most recently taught English as a second language to multilingual students in grades 5-8 at Du Bois Middle School in Great Barrington.)

Originally, Sheehan expected two waves of resettlement; eventually, there will probably only be one. Yet there continue to be unexpected arrivals and departures. In late February, Sheehan said goodbye to a family of four “on their way to the airport to reunite with family in Virginia.” Another family, happy with the services and support they receive here, wants to bring their family, who have been resettled in California, to the Berkshires.

JFS resettles refugees fleeing their country of origin in partnership with HIAS (formerly the Hebrew Immigrant Aid Society) and the Department of State. Over the past five years, more than 500 refugees from around the world have resettled in western Massachusetts through the efforts of JFS.

Sheehan and his staff remain united in the goal of “establishing everything from systems to relationships,” and hope that will become easier as things move forward. For more information on how to volunteer, call 413-737-2601 or email [email protected]

Emphasis is placed on the multidimensional approach to family planning