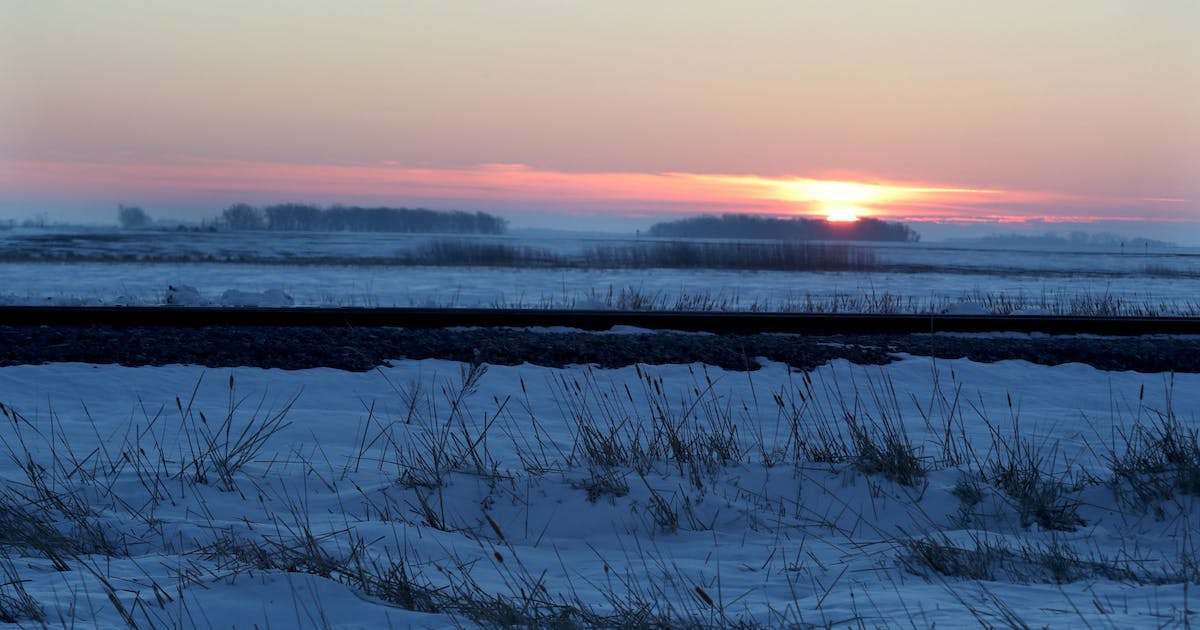 4 died of cold at the border between Minnesota and Canada; human trafficking charges

A Florida man is facing a federal human trafficking charge after a family of four, including a baby, were found frozen to death in a blizzard on the Minnesota-Canada border.

Steve Shand, 47, was charged in US District Court on Thursday. According to the criminal complaint, Shand was arrested Wednesday as he drove through a howling storm on a dirt road in northwestern Minnesota in a 15-passenger van he rented in Minneapolis-St. Paul International Airport.

Authorities said Shand planned to pick up 11 Indian nationals attempting to enter the United States illegally after crossing the border in sub-zero temperatures from Canada to Kittson County.

Two of the unauthorized immigrants were in the van with Shand when he was arrested about 7 miles northeast of St. Vincent, Minnesota, according to the complaint. Five others were arrested about 400 meters south of the border on their way to their meeting place.

Four others – a man, a woman, a teenager and the baby – died after being separated from the group on a night when the temperature reached 10 degrees below and cold winds were likely at least 30 below. The four dead were all from the same family, said one of the illegal immigrants who was arrested.

According to the Royal Canadian Mounted Police (RCMP), the family has not quite arrived in the United States. Their bodies were found in the snow on the Canadian side, about 6 miles east of Emerson, Manitoba, just 10 meters from the border.

One of those arrested, a woman, repeatedly stopped breathing while in police custody and may need part of a frozen hand to be amputated, police said.

Federal authorities said they suspect Shand is part of a larger smuggling operation in what Border Patrol officials called a high-volume smuggling area. One of the detained men told authorities he had paid “a significant amount of money” to illegally enter Canada on a fraudulent student visa and was planning to visit an uncle in Chicago.

Shand, of Deltona, Fla., rented the van Monday at the airport for three days, according to the complaint. He stopped at a Walmart in Fargo on Tuesday and filled the van with bottled water, juice and snacks.

On Wednesday morning, Shand was in Kittson County, where he quickly got his pickup truck stuck in a snow-filled ditch. A passing snow removal truck pulled the van out. The driver spoke to Shand, according to the complaint, and Shand told him he was on his way to visit relatives in Winnipeg. The driver noted that Shand was accompanied by two men who appeared to be of Indian or Pakistani origin.

Shortly after, at around 8:30 a.m. Wednesday, Shand was pulled over and the group of five pedestrians were arrested shortly after.

One man in this group had a backpack containing baby gear, including clothes, toys, diapers and medicine. But there was no baby with them. US officials alerted their Canadian counterparts, who launched a search around 9:30 a.m. Wednesday and found the family’s bodies about four hours later.

It was Shand’s second trip to the area this month, according to the complaint. Earlier in January, he had also rented a full-size van at the airport for three days, according to receipts discovered by police. They also found a receipt from a stay at a La Quinta hotel in Grand Forks, ND, when he had the first rental van.

Authorities said they recently found evidence of other border crossings in the area where Shand was arrested. Border Patrol agents discovered footprints in the snow at the same time as Shand’s January trip, and the footprints appeared to have the same tread pattern as the boots worn by several of the later detainees.

Officers also uncovered evidence of two border crossings in December, according to the complaint.

Shand is in custody awaiting a court hearing on Monday.

Here is a video of an RCMP briefing on Thursday morning, as published by Global News outside of Canada: