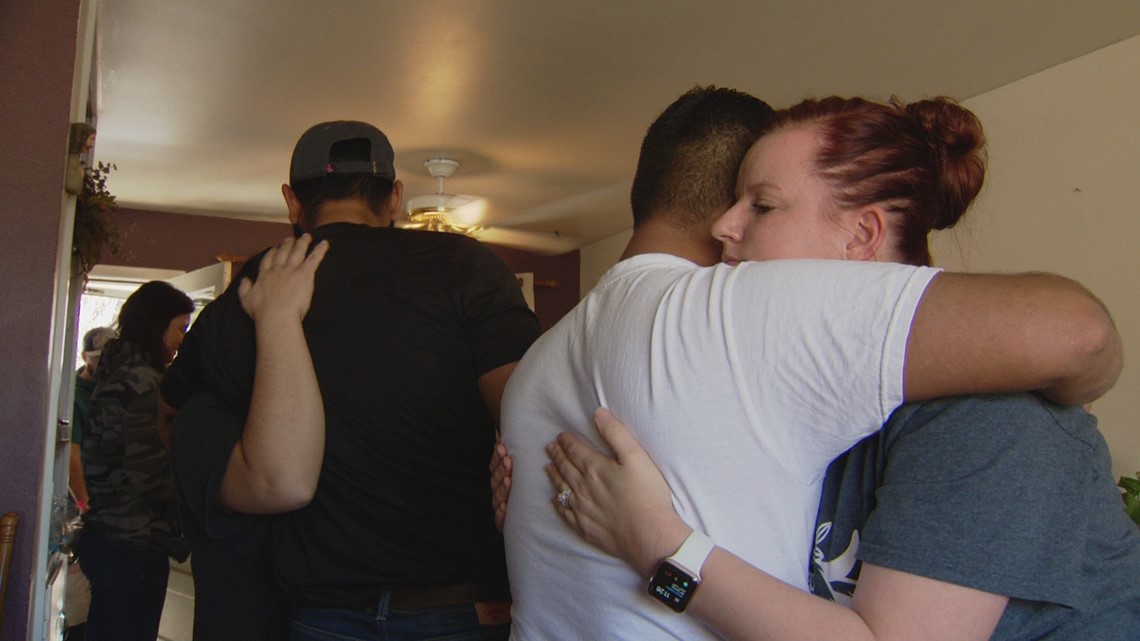 Elaine Lopez and her sons Dominic and Jonathan died Thursday morning when their SUV crashed into I-70 east of Limon.

FORT COLLINS, Colo .– The vacation weekend is over, but a family in Fort Collins can’t bear to go their separate ways.

â€œWe’re a little tight against each other,â€ said Alex Rangel. “Just kind of leaning on each other.”

Rangel and those close to him need each other more than ever. On Thanksgiving morning, Rangel lost three of his family in a car crash on Interstate 70.

â€œWe didn’t know what to do,â€ Rangel said. â€œEmotions fly. We just tried to be there for each other. We comforted each other. Said a prayer.

On Tuesday, the family gathered inside the house owned by Rangel’s aunt, Elaine Lopez.

On Thanksgiving morning, Lopez and his sons Dominic, 27, and Jonathan, 20, left their Fort Collins home to meet the rest of the family in Burlington.

Colorado State Patrol said the family were in a 2006 Ford SUV heading east near Genoa. At 10:50 a.m., the SUV pulled off the road, struck a sign, skidded and rolled down the freeway, CSP said.

Lopez and his sons died in the crash. The driver of another SUV joining I-70 westbound was slightly injured.

Rangel said his grandparents were the first to know about the crash. He and the rest of the family heard the news from his uncles.

Rangel said his aunt’s house was often the site of Thanksgiving dinners and Christmas gatherings.

â€œShe was probably the most loving of all of us,â€ Rangel said. “She was the nicest person you can be.”

Rangel remembers the good times he spent with his cousins, making hay bale forts and playing hide and seek. He said his cousin, Dominic, was “goofy” and the kind of guy known for “photobombing” family photos. Rangel said he remembers Jonathan as a lovable child who grew up loving playing video games and talking about politics.

â€œThey were fun to be around,â€ Rangel said. “It’s certain.”

The youngest of the family never had the chance to meet her namesake and her great aunt, but she will hear stories about how much she was loved.

â€œWe all loved them very much, and they loved us too,â€ Rangel said.

The family is planning services to put three of their loved ones to rest. They created a GoFundMe to help cover expenses.